Researchers from Japan have – for the first time – found a way to create an artificial link between memories that are unrelated – a discovery that could lead to new treatment strategies for people with posttraumatic stress disorder and other psychiatric conditions. 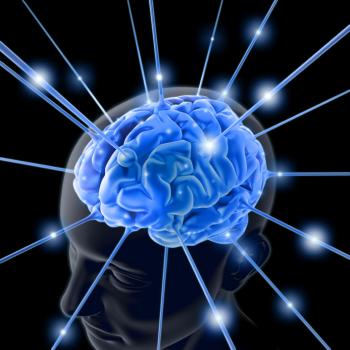 For the first time, researchers have artificially linked two memories that are unrelated using optogenetics.

The study – recently published in Cell Reports – describes how the investigators were able to genetically modify certain brain cell populations in mice, causing them to associate a memory of a foot shock with a memory of exploring a safe environment, even though the two memories were not linked.

The researchers – including senior study author Kaoru Inokuchi of the University of Toyama in Japan – say that past studies have found that specific brain cells, or neurons, which are activated during the learning process are reactivated when we later attempt to recall what we have learned. Reactivation of these specific neurons is all that is required for successful retrieval of that memory.

“These findings indicate that information relating to an experience is encoded in a specific cell ensemble that is selected and activated during a corresponding event,” explain the authors.

What is more, the team points to previous research that indicates artificial reactivation of a certain brain cell ensemble that is linked to a pre-existing memory can alter the addition of a new memory, allowing the creation of false memories.

Inokuchi and colleagues note, however, that such studies adopted a combination of sensory input and artificial activation of specific neuron groups; no studies had linked two memories using a fully artificial process. In this latest study, the team set out to do just that.

After spending 30 minutes outside of these enclosures, both groups of mice were then placed in the cube-shaped enclosure and were immediately given a foot shock.

The researchers then applied a method called “optogenetics” to the mice. This involves genetically modifying certain brain cell ensembles so they express light-sensitive proteins that control brain cell activity. These brain cells are then activated by exposure to blue light delivered through an optic fiber.

When the team used the optogenetic method to stimulate brain cell ensembles in both the hippocampus and the amygdala – memory-related brain regions that were activated during the fear-learning experiment – they found the mice spent more time being scared when they were re-exposed to the cylinder-shaped enclosure than when the two brain regions were stimulated separately or not at all.

These results could lead to new treatment interventions for individuals with posttraumatic stress disorder (PTSD) – a psychological condition triggered by traumatic events – and other psychiatric illnesses, according to the authors.

“Memory is the basis of all higher brain functions, including consciousness, and it also plays an important role in psychiatric diseases such as posttraumatic stress disorder.

By showing how the brain associates different types of information to generate a qualitatively new memory that leads to enduring changes in behavior, our findings could have important implications for the treatment of these debilitating conditions.”

He further explains that the technique in this study could be modified to dissociate memories. “This may contribute to the development of new treatments for psychiatric disorders such as posttraumatic stress disorder, whose main symptoms arise from unnecessary associations between unrelated memories,” he adds.

In January, Medical News Today reported on a study by researchers from the University of California-Los Angeles, who suggested that development of PTSD may be dependent on a person’s genes.