Antidepressants such as Prozac and Zoloft offer relief for over 100,000 people around the world who have depression, but with a potentially serious side effect. In the first few weeks, feelings of fear and anxiety can get worse. 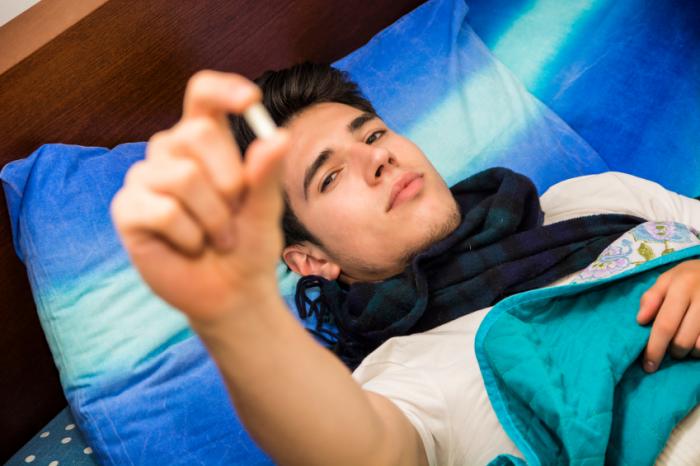 Antidepressants can help improve mood, but not always immediately.

Now, scientists believe they have identified what happens in the brain to cause this, according to research published in Nature.

Selective serotonin reuptake inhibitors (SSRIs) are used to treat anxiety, depression, and related conditions. Around 10 percent of people in the United States use them, including 1 in 4 women in their 40s and 50s.

Serotonin, a neurotransmitter, is the “happy hormone” thought to boost feelings of well-being. Abnormally low levels of serotonin have been linked to depression. SSRIs are thought to improve mood by boosting serotonin activity in the brain.

But serotonin is not always a bed of roses. In the early days of treatment, it can increase levels of fear and anxiety and even suicidal thinking in some younger people. As a result, patients may stop using the treatment after a few weeks.

When serotonin works through certain brain circuits, it seems to improve mood, but when but it acts on others circuits, the effect is different.

Researchers from the University of North Carolina Medical School in Chapel Hill, NC, have identified a circuit that seems to be related to serotonin-driven anxiety.

Using a range of methods, such as advanced optogenetic and chemogenetic tools, the team was able to trace a serotonin-activated pathway in the brains of mice that appears to drive anxious behavior.

First, the team delivered a mild shock to the paws of mice – a standard way of triggering behaviors related to fear and anxiety. This was shown to activate serotonin-producing neurons in the dorsal raphe nucleus (DRN).

The DRN is a brainstem region associated with mood and depression. DRN serotonin neurons project to a brain region known as the bed nucleus of the stria terminalis (BNST). Previous studies have shown that BNST is involved when serotonin triggers a negative mood in rodents.

When the team artificially increased the activity of the DRN-to-BNST neurons in the mice, anxiety-like behaviors increased.

The researchers found that the receptors through which serotonin output from the DRN is activated are the 2C serotonin receptors. Through the 2C receptors, the target BNST neurons are activated.

The serotonin-activated BNST neurons then dampen the activity of another group of BNST neurons.

This group projects to the ventral tegmental area (VTA) and lateral hypothalamus (LH). The VTA and LH are key nodes in the brain’s reward, motivation and alertness networks.

Previous studies have suggested that the pathways from BNST to VTA and LH play a role in improving mood and relieve anxiety.

Findings showed that increasing the activity of these pathways reduced the fear anxiety caused by the foot-shock treatment in the mice. Decreasing it raised anxiety levels.

Prozac, or fluoxetine, boosts serotonin levels. When the scientists exposed 2C-receptor BNST neurons to Prozac, it increased the effect of the 2C-receptor neurons on the neighboring VTA- and LH-projecting neurons. The mice became more fearful and anxious.

To find out how to stop this effect, senior author Thomas L. Kash and his team focused on the anxiety-mediating BNST neurons. They noticed that these neurons expressed a molecule, known as corticotropin releasing factor (CRF). CRF is a stress-signaling neurotransmitter. It is sometimes called corticotropin releasing hormone (CHR).

When the team added a compound to block CRF activity, the fear and anxiety that had been triggered by the Prozac were greatly reduced.

Searching for a solution

Kash believes the same thing would happen in humans. SSRIs can cause anxiety in people, he says, and mice and humans tend to have very similar pathways in these brain regions.

“The hope is that we’ll be able to identify a drug that inhibits this circuit and that people could take for just the first few weeks of SSRI use to get over that hump.”

The authors hope that this discovery will lead to the development of drugs to counter the negative effects of SSRIs.

The next step will be to test drugs, preferably ones that are already approved by the U.S. Food and Drug Administration (FDA), to see if they can change the anxiety circuit and block the negative side effects of the SSRIs.

A CRF-blocker might work. Pharmaceutical companies have been looking at CRF blockers for the treatment of depression, anxiety, and addiction for some time, but without success so far. Kash does not expect a solution from this quarter just yet.

An alternative to better CRF blockers, he suggests, could be to target the proteins expressed by the BNST neurons. He hopes to identify a receptor that existing drugs can already target.

One of these drugs could prevent people who are starting on SSRIs from having to go through the fear and anxiety stage.

Apart from offering hope to people who are experiencing depression, the discovery also deepens human understanding of the brain networks that underlie fear and anxiety behavior in mammals.

Find out how serotonin has been linked to sudden cot death.