Type 1 diabetes arises when the immune system attacks insulin-producing beta cells in the pancreas. As a result, the body does not make enough insulin to keep blood sugar or glucose under control. Now, scientists in Germany have discovered that blocking a molecule in an immune system signaling pathway appears to prevent such autoimmune attacks. 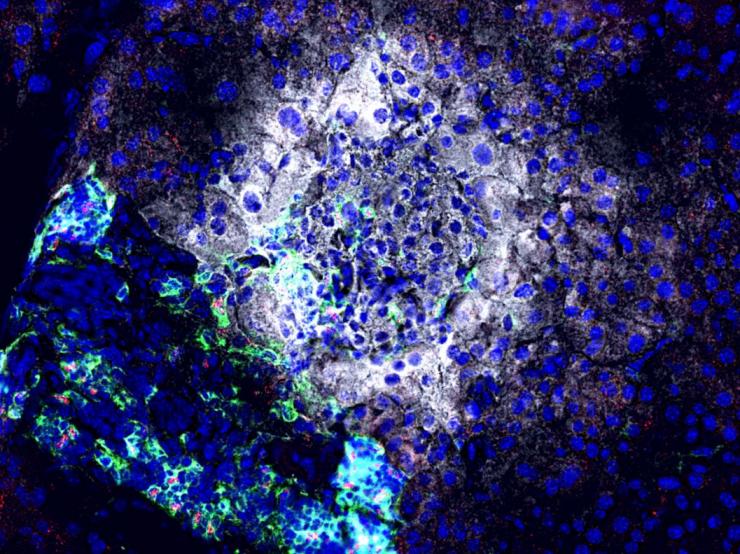 In a paper published in the journal PNAS, a team led by Dr. Carolin Daniel, group leader at the Institute of Diabetes Research (IDF) of Helmholtz Zentrum München, describes discovering a mechanism that the immune system uses to prepare for attacks on the insulin-producing beta cells.

The researchers showed they were able to target and block the mechanism. They suggest the findings open avenues for treatments that may stop the onset of type 1 diabetes.

As there is currently no cure for the disease, people with type 1 diabetes have to constantly dose themselves with insulin and keep an eye on what they eat to keep their blood glucose in balance. Insulin dosing involves either self-administering several injections a day, or by continuous infusion through a pump.

Patients must also keep measuring their glucose levels by pricking their fingers and testing their blood six or more times a day.

Despite this careful monitoring, people with type 1 diabetes still run the risk of developing too high or too low blood sugar, both of which can be fatal.

The new discovery came about because Dr. Daniel and her team had been analyzing blood samples from children held in a biobank that had been set up by co-author Prof. Anette-Gabriele Ziegler, a director of the IDF.

The team found that children who show early signs of immune attack on pancreatic beta cells – an early stage of type 1 diabetes – have an increased number of a specific type of immune cell.

The immune cells are known as insulin-specific T follicular helper cells (TFH). They trigger autoimmune attacks by promoting the production of multiple antibodies in the insulin-producing pancreatic beta cells.

The team decided to investigate what mechanisms might lead to the increase in the TFH cells. Their search led to the discovery of a previously unknown signaling pathway involving a molecule called miRNA92a.

They found that miRNA92a sets off a complex chain of events that leads to the increase in TFH cells.

“In particular, during this process, miRNA92a interferes with the formation of important signaling proteins such as KLF2 and PTEN,” explains first author and doctoral student Isabelle Serr.

The team then carried out a series of tests to see if the mechanism might be a suitable target for treatment.

Using a mouse model of type 1 diabetes, the team found an antagomir – a type of drug that blocks molecules like miRNA92a – significantly lowered the autoimmune response that destroys beta cells in the pancreas.

The researchers also found the treatment led to an increase in another type of immune cell – regulatory T cells – that protect the beta cells.

“The targeted inhibition of miRNA92a or the downstream signaling pathway could open up new possibilities for the prevention of type 1 diabetes.”

The Helmholtz Zentrum München is also collaborating on a trial that is testing an insulin vaccination for young children who have a first degree relative with type 1 diabetes.

Prof. Ziegler suggests the insulin-specific TFH cells could also serve as biomarkers to measure the treatment success of these insulin vaccinations.

Learn how encapsulated pancreas cells could mean an end to injections for type 1 diabetes patients.