of how tolerant the immune system might be toward tumor growth. 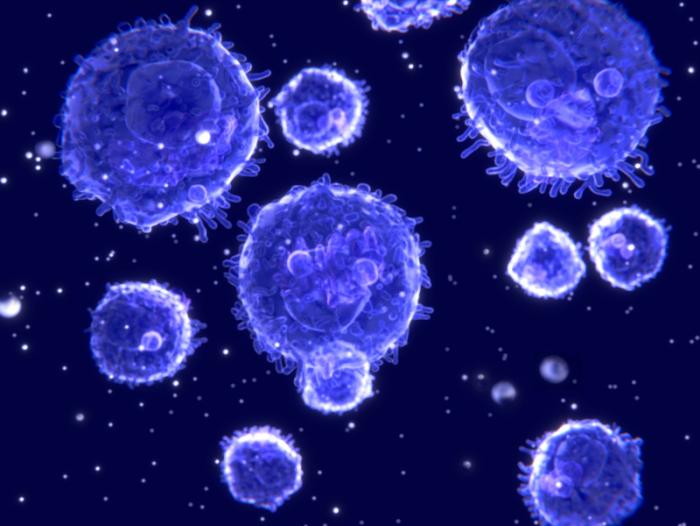 The researchers found that an unfavorable ratio of immune cells is more likely to be the cause than the result of cancer.

A paper on the study, by researchers from the German Cancer Research Center (Deutsches Krebsforschungszentrum,

DKFZ) in Heidelberg, is published in the Journal of the National Cancer Institute.

escape the clutches of the immune system.

and tumor tolerance in the immune system favors the latter in the microenvironment surrounding cancer cells.

“But we didn’t know whether this is a consequence of an aggressive tumor or rather its cause,” notes Dr.

Rudolf Kaaks, DKFZ epidemiologist and coauthor of the new study.

The data for the study came from the European Prospective Investigation into Cancer and Nutrition (EPIC) study.

For the last 15 years, EPIC has been following half a million participants recruited across 10 European countries

to investigate the links between diet and cancer. The DKFZ in Heidelberg is one of the study centers and is

following 25,000 participants. Blood samples – taken when the participants joined the study in 1996-1998 and periodically since – are kept in frozen storage.

For their research, Dr. Kaaks and colleagues examined the blood samples of around 1,000 individuals who developed

cancer over the period of the follow up since enrollment. The cancers they chose to focus on were lung cancer, colon

Researchers calculated a measure of immune tolerance to cancer

The researchers calculated a measure of immune tolerance to cancer that they called “immunoCRIT.” This is a ratio

For each of the blood samples, they calculated the value of immunoCRIT. The idea is that the higher the value of

correlated with any cancer development.

because of the small number of cases.

“With this study, we have demonstrated for the first time that the unfavorable ratio of immune cells

already prevailed long before the onset of the disease. Hence it is more likely to be the cause than the result of

The team does not know why immune tolerance appears only to affect the risk of certain types of cancer. Previous

one reason. They now plan to use immunoCRIT to investigate other types of cancer.

than the cells around them.