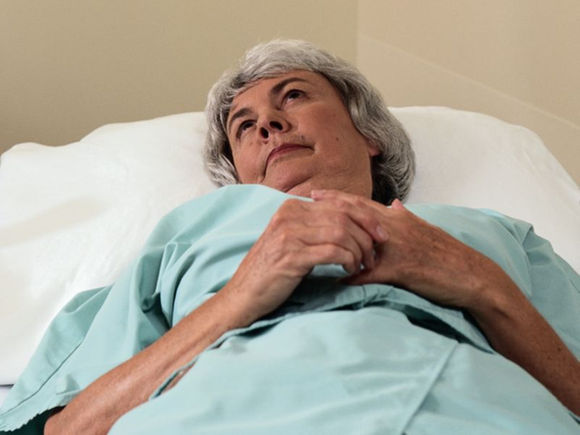 WEDNESDAY, Oct. 19, 2016 (HealthDay News) — When elderly adults suffer a fainting spell, a blood clot in the lungs may be the culprit more often than doctors have realized, a new study suggests.

Italian researchers found that among 560 patients hospitalized for a first-time fainting episode, one in six had a pulmonary embolism — a potentially fatal blood clot in a lung artery.

One U.S. physician said the findings are eye-opening.

They do not mean that everyone who faints needs to be evaluated for pulmonary embolism, stressed Dr. Lisa Moores, a professor of medicine at the Uniformed Services University of the Health Sciences in Bethesda, Md.

But the condition should be on doctors’ radar with certain patients, according to Moores, who is also with the American College of Chest Physicians. She wasn’t involved in the study.

“Pulmonary embolism may be a much more common cause than we’ve thought,” she said.

Most often, a pulmonary embolism is caused by a blood clot in the legs that dislodges and travels to the lungs, according to the U.S. National Institutes of Health.

The most common symptoms include chest pain, cough and difficulty breathing.

Pulmonary embolism occasionally causes fainting — and that has been considered a sign of a more-severe blockage, Moores said. That is, the clot is large enough to abruptly cut off blood flow to the brain and cause a loss of consciousness.

Still, Moores said, fainting spells are “certainly not at the top of the list” of pulmonary embolism symptoms.

Partly because of that, she explained, people hospitalized for fainting are not typically evaluated for pulmonary embolism — unless there are other suspicious symptoms, such as chest pain or swelling in the legs (a sign of a blood clot in the legs).

The new study appears in the Oct. 20 issue of the New England Journal of Medicine. Its aim was to figure out how often pulmonary embolism really is the culprit when people are hospitalized for fainting.

Researchers at 11 hospitals in Italy performed a “systematic workup” for pulmonary embolism in 560 patients admitted for a first-time fainting spell.

The patients were 76 years old, on average, and had been admitted from the ER for various reasons: The cause of their fainting was not apparent; there was reason to suspect a heart-related cause; they had other serious medical conditions; or they’d been injured when they fainted.

In the end, just over 17 percent — or roughly one in six — were diagnosed with pulmonary embolism.

That included 13 percent of patients who’d had a potential alternative explanation for their fainting, such as a heart condition.

Still, fainting spells can have many potential causes, Moores pointed out. Those include seizure, a drop in blood pressure (from dehydration or standing up quickly, for instance), and heart-rhythm disturbances.

So people who faint should not assume they have a pulmonary embolism, Moores stressed.

Barbar stressed that the study focused on “high-risk” patients who had to be admitted to the hospital after arriving in the ER.

In general, she said, people who faint far more often have “reflex syncope.” That refers to a short-lived loss of consciousness due to certain triggers, such as seeing the sight of blood, or standing in a hot, crowded area.

But when it comes to certain patients, Barbar said, this study suggests that pulmonary embolism is a more common issue than thought.

“In elderly patients presenting with [fainting],” she said, “the attending physician in medical wards should consider [pulmonary embolism] as a possible differential diagnosis — particularly when an alternative explanation is not found.”