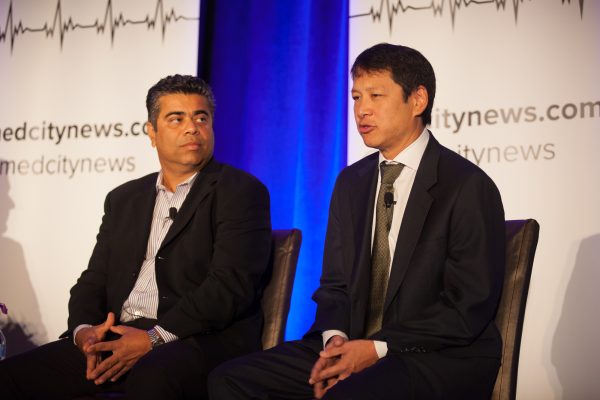 Although the rising senior population is widely acknowledged, the need to change  geriatric care in emergency rooms in light of the “silver tsunami” is not. Seniors generally have more complex conditions than the typical emergency room patient, posing challenges for ER staff. Add dementia to the equation and their visit may be a troubling sign that a family caregiver is overwhelmed and can no longer manage.

The ER has been at the crossroads of acute care and population health for some time, but the current state of geriatric care in hospital emergency rooms is no better than “cruise ship medicine,” according to University of California San Diego emergency medicine professor Dr. Ted Chan. He highlighted some of the ways hospitals are trying to change that in a fireside chat at the MedCity ENGAGE conference in San Diego this week.

Chan noted that University of California San Diego is working with West Health on a project to test different models in UCSD’s emergency department to see which ones are most effective.

West Health Chief Medical Officer Dr. Zia Agha referenced a collaboration with United Way’s 211 program — an information line for non-emergency calls — to refer caregivers to additional resources in their community. Caregivers would be able to use the service to obtain food vouchers, get information about nurse services and other relevant needs.

Mount Sinai School of Medicine is the lead site for Geriatric Emergency Department Innovations through Workforce, Informatics and Structural Enhancements. Some of the other hospitals that Chan singled out for their approach to geriatric care in emergency departments include Northwestern Memorial Hospital in Chicago and St. Joseph’s Regional Medical Center in Patterson, New Jersey.

St Joseph’s opened a geriatric emergency department in 2010. What makes this even more noteworthy is that St Joseph’s is not an academic hospital or an integrated health system. Northwestern designates a nurse to do case management for seniors, Chan said.

Other facilities use ambient or natural light to address sundowning so that seniors with dementia don’t become disoriented. They also reduce the noise levels to avoid distracting ambient sound that can add to that sense of disorientation.

Although there’s interest in creating an intervention tool within electronic medical records when caregivers come to the ER multiple times with family members, Chan said health IT vendors and facilities have failed to agree on what a standardized protocol would look like. If they can agree on that, there’s potential to implement such a protocol to give stressed out family members a way to explore or revisit their options.

Mri Drug Delivery And Imaging At The Same Time