from the human brain found networks comprising distinct, distant regions that act in 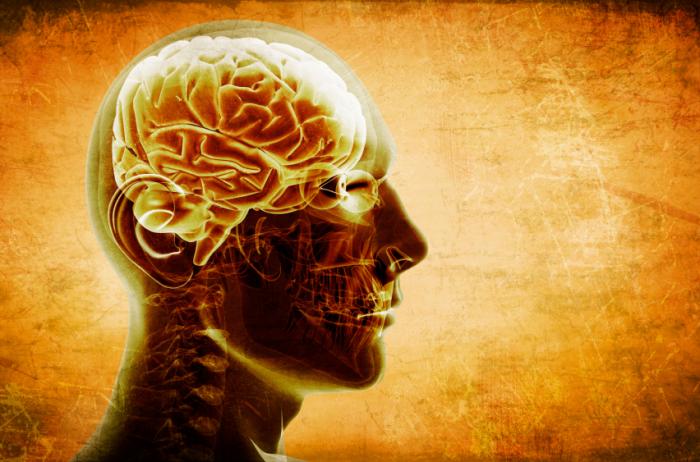 Our brains use 20% of our energy, despite only accounting for

Writing in the journal Nature, the researchers, from the Stanford University

energy during periods when it appears to be “doing nothing,” as a car engine uses up gas

Our brains are greedy organs; they use 20% of our energy, despite only accounting for

same rate at rest or sleeping as they do during mental or physical activity.

Something else that puzzles scientists is that when in the resting state, the brain

In fact, this electrical noise is going on all the time, as senior author Josef

“Increases in brain activity during conscious thoughts and actions represent

only the tip of the iceberg. The vast amount of energy consumption by our brain is due to

Over the past 10 years, using functional magnetic resonance imaging (fMRI) to track

have begun to notice specific patterns in this neuronal noise.

With fMRI, they have observed brain activity as subjects performed various tasks –

different types of task are associated with specific patterns of brain activity.

work together during particular types of tasks, and the imaging profiles of these

patterns can be spotted within the spontaneous noise.

periods when the brain is at rest – or even completely unconscious, such as when subjects

are sleeping or under anesthesia.

However, scientists have reserved judgment on this evidence from imaging studies

in the brain, and unlike fMRI, it can follow the activity over time and match not only

the location features of the patterns but also how they vary over time.

brain noise when they are asleep or resting with their eyes closed.

The technique Prof.
Parvizi and colleagues used is called intracranial electrophysiology and it allowed them

to eavesdrop on distinct populations of neurons in the brain. It works in millimeters and

Intracranial electrophysiology readings can only be taken during invasive brain

procedures. For this study, the team recruited three epilepsy patients – two women and

brains, so doctors could find the exact spot where the seizures were coming from. During

of the brain that make up a very important network – the default mode network.

consumes more energy than any other network. It is most active when we are at rest –

either with our eyes closed or just staring into space. It appears to kick in when we are

doing nothing in particular.

memory – for example, it kicks in when we are asked what we had for breakfast.

However, the default mode network shuts down when we are then asked to do a specific

task, such as mental arithmetic.

In previous work, Prof. Parvizi and colleagues were the first team to use direct

electrical recording to confirm these unique features of the default mode network.

In this new study, the team was able to take readings of electrical activity in the

default mode network when the subjects were awake and performing tasks, and also when

they were resting with their eyes shut and when they were asleep.

They found slow, drifting activity patterns hidden in the noise the brain

subjects were being asked to retrieve specific memories.

To confirm that these patterns reflect those spotted in the imaging studies, the team

patterns were closely aligned with the blood flow patterns from the fMRI images.

were the same – they raise another question: why is our brain spending so much time and

energy during rest and sleep on this activity?

to go when we wake up.

To emphasize this point, Prof. Parvizi says we should be careful about comparing the

brain to computers – just because we refer to it as a network organization, it does not

mean it is like a network in the computing sense. He adds:

“The brain is much more than a bunch of ones and zeroes.”

Funds for the study came from the Stanford NeuroVentures Program, the National

Institute of Neurological Disorders and Stroke, the National Science Foundation and the

light to ‘read and write’ electrical signals sent by individual

selected brain cells in different patterns and measure how the circuit responds.