The road to a major breakthrough in prosthetics began decades ago with a young Italian boy in front of a TV.

“I watched The Six Million Dollar Man, fascinated by the idea of connecting the natural and the artificial and using this technology to help people,” says Silvestro Micera, now the lead researcher of the European LifeHand 2 project.

In February, Micera and his colleagues announced that they had successfully tested the first artificial hand to provide its user with real-time sensory feedback that can be used to modulate grasping force. 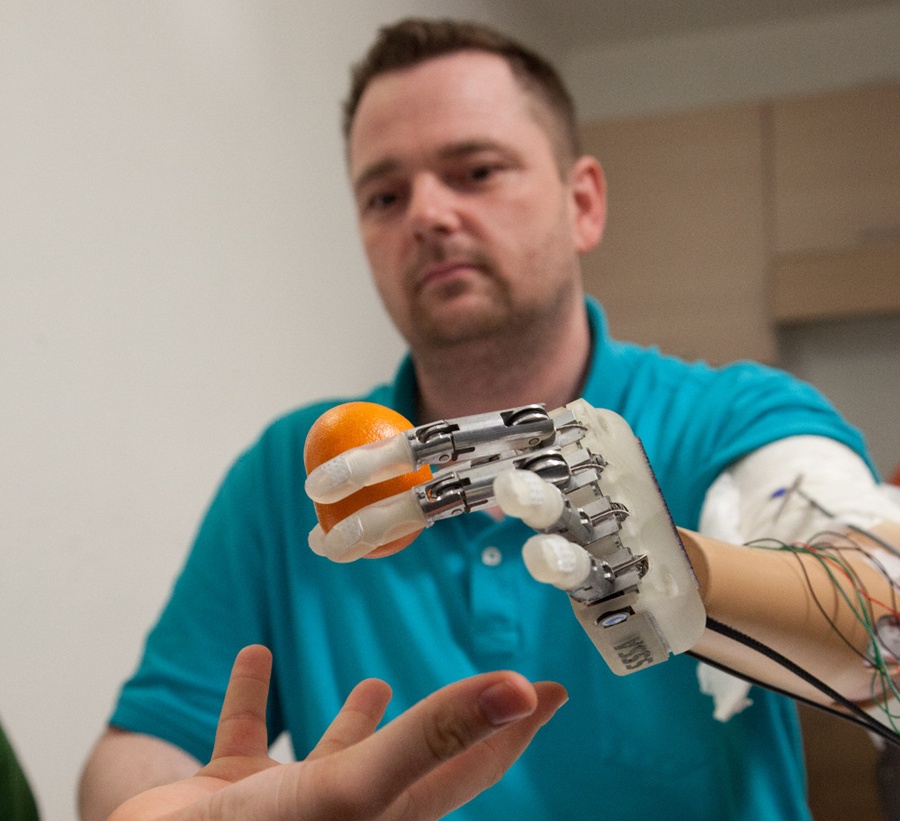 The bionic hand creates sensation by sending signals from sensors embedded in the artificial hand’s “tendons” to electrodes implanted in the remaining nerves of the wearer’s arm. The signals are precise enough that the wearer can distinguish between objects of similar shape but different stiffness, such as an orange and a baseball.

The team’s next step will be to make the prosthetic more portable; it’s currently connected to a control box. Micera notes other researchers are pursuing similar technologies, and he expects real-time sensory prosthetics to be available to amputees within a decade.

“This was simply the end of a story that started 20 years ago,” says Micera. “In principle, we showed this could work. At the very end, whether I bring it to clinical practice or my competitors do, I know it will work.”