The “placebo effect” is considered a psychological phenomenon, whereby benefits may arise from a sham medication due to the belief that it is a pharmacologically active treatment. A new study, however, challenges this theory. It found that patients who knowingly took a placebo for chronic lower back pain, in combination with standard treatment, experienced greater pain reduction than patients who received standard treatment alone. 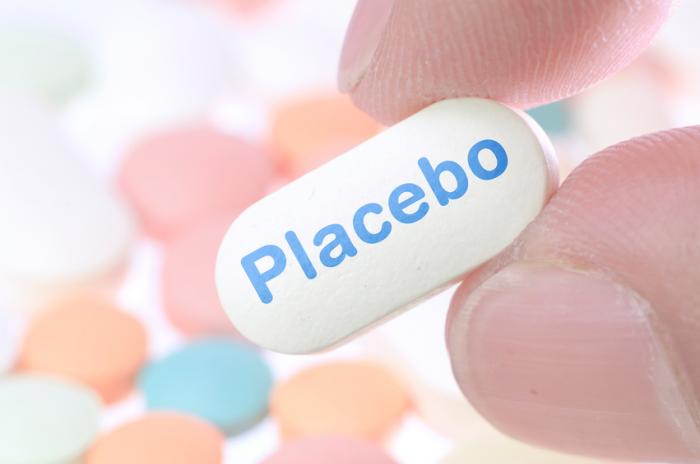 Senior study author Ted Kaptchuk, director of the Program for Placebo Studies and the Therapeutic Encounter at Beth Israel Deaconess Medical Center in Boston, MA, and colleagues publish their findings in the journal Pain.

A placebo – often referred to as a “dummy pill” – is a substance that typically takes the form of a tablet, capsule, or another medication in order to look like a legitimate treatment, but which does not actually contain active compounds.

Placebos are often used in randomized clinical trials to test the efficacy and side effects of active medications. However, many studies have shown that placebos can also affect a patient’s symptoms – this is the placebo effect.

Researchers have long believed that the placebo effect is down to patients’ expectations that a drug will work; numerous studies have shown that if patients are told they are receiving an active medication, they are more likely to report improved symptoms, even when the treatment is fake.

However, Kaptchuk says their latest results “turn our understanding of the placebo effect on its head,” suggesting that the placebo effect may be driven by the “ritual” of a treatment regimen, rather than by the power of positive thinking.

To reach their findings, the researchers teamed up with investigators from the Instituto Superior de Psicologia Aplicada (ISPA) in Lisbon, Portugal, to conduct a randomized controlled trial involving 97 patients with chronic lower back pain.

Around 85-88 percent of patients were already taking medication to manage their pain, the team reports, with most patients using nonsteroidal anti-inflammatory drugs (NSAIDs).

After being screened by a healthcare professional, all patients were given a 15-minute explanation of the placebo effect, before being randomly allocated to one of two treatment groups for 3 weeks:

Both groups were told not to change any medications or doses during the study, or to make any lifestyle changes or other moderations that could affect their pain.

Patients’ pain severity and pain-related disability were assessed at study baseline and after the 3-week treatment period.

The placebo effect ‘can be elicited without deception’

However, patients in the OLP group reported a 30 percent reduction in both usual and maximum pain over the 3 weeks, as well as a 29 percent fall in pain-related disability.

The researchers say their results suggest patients do not necessarily need to believe they are receiving an active medication in order for the placebo effect to arise.

“Our findings demonstrate the placebo effect can be elicited without deception. Patients were interested in what would happen and enjoyed this novel approach to their pain. They felt empowered.”

Kaptchuk – who is also a professor of medicine at Harvard Medical School in Boston, MA – speculates that rather than the patients’ conscious expectation of an active drug triggering the placebo effect, it may be the ritual of receiving the placebo as part of a treatment regimen that activates certain regions of the brain to improve symptoms.

“It’s the benefit of being immersed in treatment: interacting with a physician or nurse, taking pills, all the rituals and symbols of our healthcare system,” Kaptchuk adds. “The body responds to that.”

While this study focused on chronic pain, Kaptchuk says it is possible that patients with other conditions that involve self-observation – such as fatigue, depression, or digestive problems – may benefit from open-label placebo treatment.

“You’re never going to shrink a tumor or unclog an artery with placebo intervention,” notes Kaptchuk. “It’s not a cure-all, but it makes people feel better, for sure. Our lab is saying you can’t throw the placebo into the trash can. It has clinical meaning, it’s statically significant, and it relieves patients. It’s essential to what medicine means.”

However, Carvalho adds that without a “warm and empathetic relationship with a healthcare provider,” placebo treatment is unlikely to work.

Learn more about the placebo effect and how placebos work.