Want to have a good body, with our daily diet are inseparable, get more nutrients from the diet, or change their health problems. 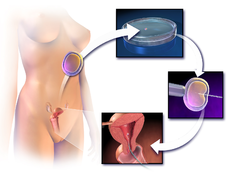 North Americans travel to Europe for many reasons, including business, vacation or trips to learn more about their family heritage.

New research from The University of Texas at Arlington shows that a growing number of North Americans are heading to Central European locations such as the Czech Republic seeking low-cost in vitro fertilization treatments to create a particular kind of family.

She examines the phenomenon in one of the first ethnographies on North American reproductive tourism in the forthcoming NYU Press book, “Fertility Holidays: IVF Tourism and the Reproduction of Whiteness.” Speier’s research also is detailed in the article “Kinship Travel: Relatedness through International Tourism and Travel Networks,” which appears online in the current issue of Anthropologica.

“What I found is that many infertile couples who want to become parents… see their European vacation as offering hope,” Speier said. “The patients become consumers, encouraged by a region that has emerged as a central hub of fertility tourism, offering plenty of blonde-haired, blue-eyed egg donors at a fraction of the price.”

“Dr. Speier’s first hand observation and complex research provide important insight into the way that patient consumers are using the Internet to find fertility treatment options abroad,” Dean Wong said. “Like many of her colleagues in the UTA Department of Sociology and Anthropology, Dr. Speier is also building insight into cultural trends and improving our understanding of societal behaviors.”

“For years, clients have come from all over Europe, mainly Germany, Austria, Italy, France, and the United Kingdom, for easy access to the mostly student donors,” Speier said. “The smaller numbers of clients come from Israel, and increasingly, from the U.S. The Czech reproductive medical field is profiting from its lower price structure and liberal legislation stipulating that sperm and oocyte donation must be voluntary, gratuitous and anonymous.”

Donors cannot be paid, but are offered attractive compensatory payments of about $1,400 in U.S. dollars for the discomfort involved in ovarian stimulation.

Speier’s research is based on a multi-year, multi-site ethnographic project conducted in North America and Europe from 2008 to 2012.

She met and interviewed owners of in vitro fertilization broker companies that worked with clinics in eastern Czech Republic. She also met and talked with a total of 28 couples at fertility clinics and bed and breakfasts in the Czech Republic in 2010 and 2011. In 2012, she met with 19 couples in different towns and cities throughout North America to conduct follow up life histories.