The nasal spray flu vaccine is ineffective, and children aged 6 months and older should receive the flu shot during the 2016-2017 season for the best possible protection against influenza. This is the recommendation from the American Academy of Pediatrics, forming part of a new policy statement. 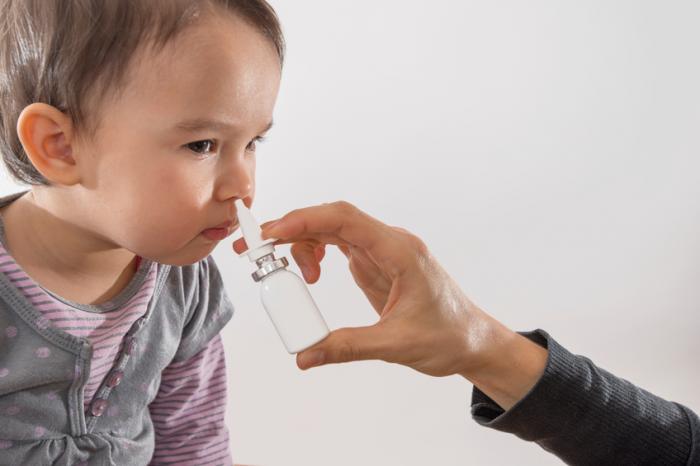 Research revealed that the nasal spray flu vaccine offered only 3 percent protection during the 2015-2016 flu season.

The statement – recently published in the journal Pediatrics – supports previous recommendations from the Advisory Committee on Immunization Practices (ACIP) of the Centers for Disease Control and Prevention (CDC), which voted that the nasal spray flu vaccine should not be used this flu season.

The recommendations from both the American Academy of Pediatrics (AAP) and ACIP stem from research published in May, providing preliminary evidence that the nasal spray flu vaccine – or the live attenuated influenza vaccine (LAIV) – offered low protection against certain influenza strains between 2013-2016.

Those data – gathered from the United States Influenza Vaccine Effectiveness Network – revealed that among children aged 2-17 years, LAIV offered only 3 percent protection against any flu virus during the 2015-2016 flu season.

LAIV – marketed as FluMist and produced by MedImmune, a subsidiary of AstraZeneca – was also found to offer poor or lower-than-expected protection against influenza during the 2013-2014 and 2014-2015 flu seasons, the research revealed.

Previous research had suggested that LAIV was just as – if not more – effective than the flu shot; LAIV contains live flu viruses, which should trigger a stronger immune response than vaccines with inactivated flu viruses, such as IIV.

According to the CDC, the reason for the poor effectiveness of the LAIV vaccine is unknown.

Based on the recent evidence demonstrating the low protection LAIV offers against influenza, the AAP recommend that all children aged 6 months and older be vaccinated with IIV during the 2016-2017 flu season – not the flu nasal spray.

We want to provide children with the best protection possible against flu, and these recent studies show the flu shot is likely to provide a higher level of protection.”

As part of the new policy statement, the AAP recommend flu vaccination for all children and adolescents with medical conditions that could increase their risk of flu complications, such as asthma and sickle cell anemia.

Caregivers and household contacts of these children should also be vaccinated.

The AAP also encourage pregnant women to receive the flu shot, due to the high risk of flu complications for both mother and baby. They note that a mother’s flu vaccination can protect her baby in the first 6 months of life.

“Pregnant women can help protect themselves and their unborn children by getting the vaccine,” says Dr. Wendy Sue Swanson, member of the AAP. “Breast-feeding also offers newborns added protection against the flu. Because the flu virus is common and unpredictable, it can cause serious complications even in healthy children.”

HCPs should start offering the flu vaccine to adults and children from October this year, the AAP recommend, noting that immunizing as early as possible should offer protection for the entire 2016-2017 season.

Flu vaccination should continue to be offered until June 30, 2017, however, because outbreaks can occur late in the season.

“The influenza vaccine is an essential, every-year vaccine for infants beginning at 6 months, children and teens. Protecting children from influenza with the vaccine, early in the respiratory season, is the best protection pediatricians and parents can provide.”

Learn how flu vaccination in pregnancy may protect infants in early life.