Advanced head and neck cancer that is resistant to chemotherapy is notoriously difficult to treat. However, an immunotherapy drug called nivolumab could change the game for patients with no treatment options. 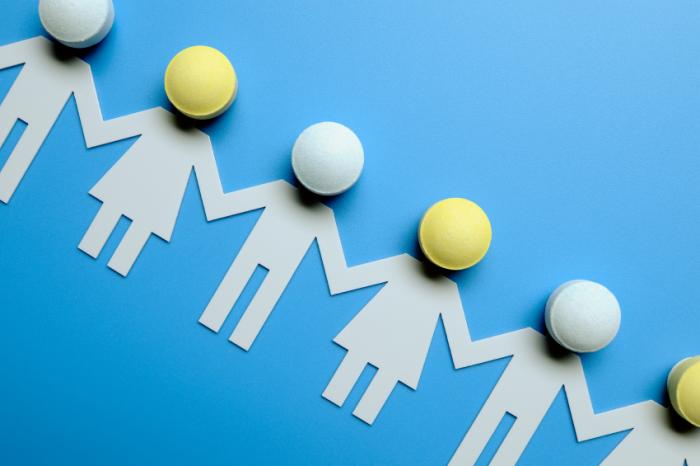 The trial found that nivolumab can greatly extend life among head and neck cancer patients who have no existing treatment options.

An international phase III trial of head and neck cancer found more than twice as many patients taking nivolumab were alive after 1 year, compared with patients receiving chemotherapy.

The immunotherapy drug also resulted in fewer side effects than existing treatment options.

The trial investigators presented the findings at the European Society for Medical Oncology 2016 Congress in Copenhagen, Denmark, at the same time as the study was published in the New England Journal of Medicine.

Part of the trial was conducted in the United Kingdom, under the supervision of Kevin Harrington, professor of biological cancer therapies at the Institute for Cancer Research (ICR) in London.

“Once it has relapsed or spread, head and neck cancer is extremely difficult to treat. So it’s great news that these results indicate we now have a new treatment that can significantly extend life, and I’m keen to see it enter the clinic as soon as possible.”

There are currently no other therapies that extend survival of patients with head and neck cancer that is resistant to cisplatin and has relapsed or spread (metastatic). Patients in this category are expected to live no more than 6 months.

Altogether, 361 patients with relapsed or metastatic head and neck cancer took part in the trial, which was funded by Bristol Myers Squibb and involved 20 research centers around the world.

The patients were randomly assigned (in a ratio of 2:1) to one of four treatment groups: 240 received nivolumab, and 121 received one of three different chemotherapies.

After 12 months, 36 percent of patients who received nivolumab were still alive, compared with 17 percent who received chemotherapy.

“Overall survival was significantly longer with nivolumab than with standard therapy, and nivolumab-treated patients had a risk of death that was 30 percent lower than the risk among patients assigned to standard therapy.”

Patients whose tumors tested positive for human papillomavirus (HPV) had the greatest survival benefit. Those in this group survived for an average of 9.1 months on nivolumab, compared with 4.4 months on chemotherapy.

Another significant result was that markedly fewer patients (13 percent) experienced serious side effects from nivolumab, compared with chemotherapy (35 percent).

Nivolumab is one of a new wave immunotherapy drugs that are showing promising results in the treatment of cancer.

Immunotherapy works by enlisting the immune system to fight cancer.

Nivolumab is a new class of antibody drug called checkpoint inhibitors; they block signals that cancer cells send out to stop immune cells attacking them.

Prof. Paul Workman, chief executive of the ICR, says: “We hope regulators can work with the manufacturer to avoid delays in getting this drug to patients who have no effective treatment options left to them.”

Usually, when a drug is already approved for another use, the time from lab bench to clinic is significantly reduced as much of the evidence – for instance, regarding side effects and safety – is already available, compared with a completely new drug.

“Nivolumab could be a real game-changer for patients with advanced head and neck cancer. This trial found that it can greatly extend life among a group of patients who have no existing treatment options, without worsening quality of life.”

Learn how broccoli sprout extract may protect against head and neck cancer.

The Global Obesity: Meat Protein And Sugar Has A Great Influence

Brain Reward Circuits Is Essential To The Sleep, The Researchers Found