A bedridden patient complains of lower back pain. Within days, her skin’s outer layer reddens with irritation until it blisters. Tissue begins dying, and eventually more skin layers are damaged, exposing fat, muscle and bone — the patient has a full-blown bedsore.

Bedsores, or pressure ulcers, affect over 2.5 million Americans, cost $11 billion annually and can lead to debilitating and deadly infections. But that could change, thanks to collaboration between University of California, Berkeley engineers and UC San Francisco doctors. The team created a “smart” bandage that detects skin tissue damage before it’s visible.

Healthy cells have nearly impermeable membranes. But when a cell starts to die, its membrane deteriorates, allowing electrical signals to pass through. The researchers took advantage of this to map electrical changes that occur when healthy cells in tissue die.

They adhered a thin sheet of electrodes onto rats whose skin had been squeezed between two magnets to mimic pressure wounds. The researchers then discharged a tiny current between neighboring electrodes that could detect tissue damage based on how much of the current passed through the cells. A computer then displayed a two-dimensional map of the data.

In theory, doctors could place the bandage on areas that seem inflamed or that easily develop bedsores, like the tailbone and hips, and the researchers envision the information displaying on the bandage itself. But for now, they’re conducting human trials.
“Ulcers can lead to death,” says study lead author Sarah Swisher, a UC Berkeley doctoral student at the time and now an assistant professor of electrical and computer engineering at the University of Minnesota. “If doctors have the information early, they can intervene.” 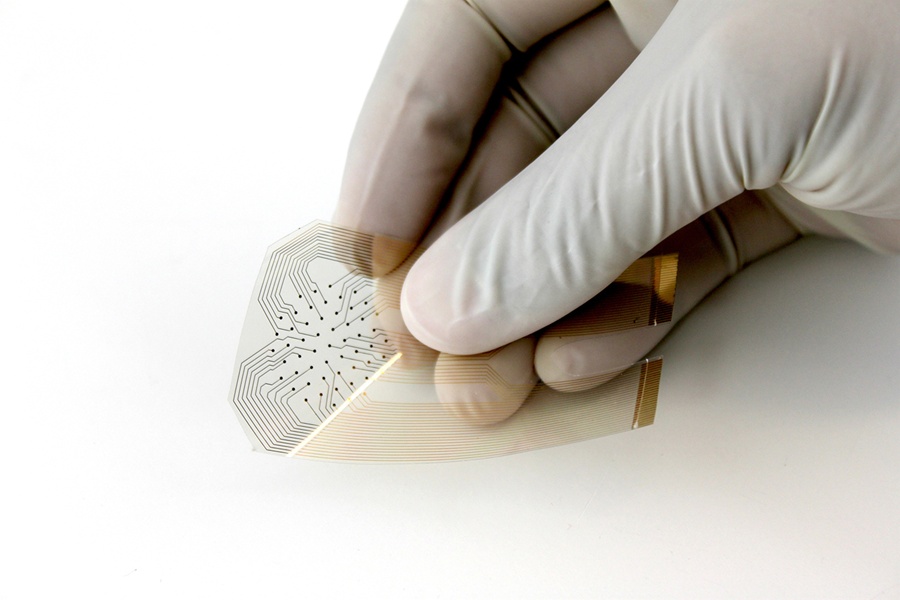