MONDAY, Aug. 15, 2016 (HealthDay News) — Despite decades of warnings from the “Back to Sleep” campaign, many parents are still putting their babies to sleep in ways that raise the risk of sudden infant death syndrome (SIDS), a new study finds.

Each year in the United States, about 3,500 infants die suddenly, from no obvious cause, according to the U.S. Centers for Disease Control and Prevention. A majority of those deaths are labeled as SIDS — a phenomenon that researchers still don’t completely understand. 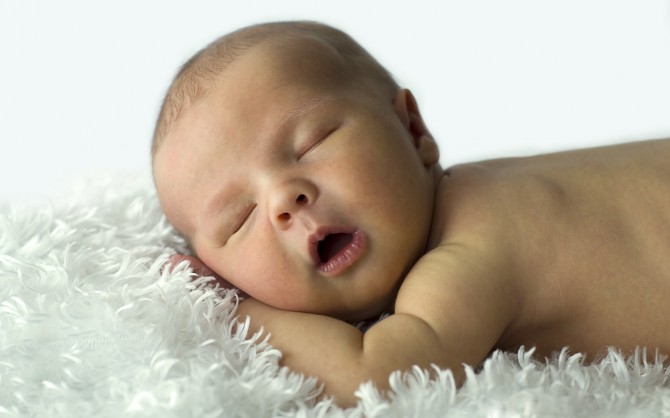 One thing that’s clear is that an infant’s sleeping environment is key. Since the 1990s, doctors and public health experts have encouraged parents to put infants to sleep on their backs, keep soft bedding out of the crib, and take other “safe sleep” measures.

The new study, published Aug. 15 in Pediatrics, suggests that the message is not getting through.

“What we found was disturbing,” said senior researcher Dr. Ian Paul, a professor of pediatrics at Penn State College of Medicine, in Hershey, Penn.

Unlike past studies that have relied on surveying parents, this one used video cameras to record what parents were really doing at home. (The videos were taken with the parents’ knowledge.)

It turned out that nearly all parents put their babies to sleep with items in the crib that can raise the odds of SIDS — including pillows, loose bedding, and “bumper pads.”

And, anywhere from 14 percent to one-third of babies were placed on their bellies or sides to sleep, rather than on their backs.

Paul said there could be a number of explanations.

That is, parents who just want their baby to be comfortable, and for everyone to get some sleep, may put them in risky positions — such as in the bed with them.

Dr. Deborah Campbell is chief of neonatology at Children’s Hospital at Montefiore, in New York City. She said, “I think this study gets at the reality of being the parent of a young infant.”

Campbell, who wasn’t involved in the study, said everyone would like parents to follow public health recommendations for preventing SIDS. But real life is complicated, she added.

Plus, Campbell pointed out, the public health message can be diluted by retailers’ messages. “You walk into any baby store and you see these products, like bumper pads,” she said.

The American Academy of Pediatrics advises against using products like bumper pads and sleep positioners — because there is no evidence they protect babies, and may instead pose a suffocation hazard.

Paul agreed that retail marketing is an issue. “There are lots of confusing messages out there,” he said.

The study included 160 families who agreed to have video equipment set up in the room where their babies slept. Recordings were taken on three nights — when babies were 1 month, 3 months and 6 months of age.

Overall, the study found, 21 percent of 1-month-olds were put to sleep on a surface that’s not considered safe — including their parents’ bed, a car seat or baby swing. And fully 91 percent slept with unsafe items, such as pillows, stuffed animals, bumper pads and sleep positioners.

And while 86 percent of 1-month-olds were put to sleep on their backs, that shifted as time went on: At the age of 6 months, one-third of babies were placed on the tummy or side, the videos revealed.

Plus, it was common for babies — especially 1-month-olds — to be moved during the night. And they almost always ended up in their parents’ bed, or another risky location.

That, according to Paul, is an indicator that parents’ exhaustion, and desire to make their babies comfortable, have taken over.

Campbell agreed. She also pointed out that with C-sections being so common, many mothers of 1-month-olds find it physically difficult to keep getting up at night.

Whatever the reasons for the study findings, Paul said, it’s “clear” that safe-sleep messages are not working well enough.

He and Campbell both said pediatricians and parents should keep talking about the topic during routine check-ups throughout infancy — and not just the newborn period.

10 ways told you how to deal with Constipation in kids

Study: 40% of U.S. infants from low-income families do not receive rotavirus vaccination