According to psychologists from The Pennsylvania State University, college students are fully aware that texting in the shower or at a funeral is inappropriate, but many do it regardless. 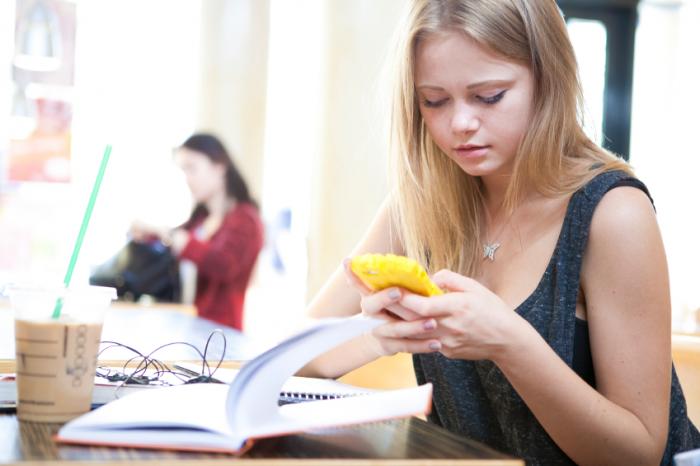 The temptation to send or reply to a text is all too much for college students – even when they are taking a shower.

“We have looked at inappropriate texting behavior – texting while driving, for instance – before, but what we wanted to find out is whether the people who are engaging in these forms of behavior even know whether or not it is the right thing to do,” says Marissa Harrison, associate professor of psychology, Penn State Harrisburg.

The researchers report that college students are not necessarily trying to create new trends or standards in texting behaviors.

However, the temptation to check and reply to texts is far greater than the ability to pay attention to their present situation.

Harrison worked with colleagues Jessica M. Salley, a graduate student, and Christine E. Bealing, an undergraduate student, both in psychology. The results from the survey the team developed to analyze student behavior included admission from the students of texting during funerals, in the shower, during sex and while using the toilet.

Although most of the survey participants acknowledged that texting while taking a shower is socially unacceptable, more than 34% of students said that would not stop them.

Most students also agreed that texting during a religious service or while reciting the Pledge of Allegiance was wrong, but more than 22% texted during services, and about 11% said they texted during the pledge.

Approximately 7.4% of the students texted while having sex, even though again, most admitted that it was wrong.

The researchers indicate that some behaviors – such as texting in the bathroom, or while eating – are becoming more acceptable for college students. “Whereas some people may deem this odd, most college students agree that eating and toilet texts are the new normal,” they comment.

Trained as an evolutionary psychologist, Harrison has a theory on the students’ behavior – she suggests that the forces of natural selection may play a part. The buzzes and flashing lights of texting devices may signal opportunities or threats that cause people to pay less attention to their present environment and consider the future.

“We are all programmed to notice movement and change,” Harrison elaborates, “so maybe those buzzes and bells of texting, just like certain sounds that used to indicate the charging of a predator, for example, reinforce the need to find out what is going on.”

The Penn State researchers have released their findings in the Social Science Journal. They asked a total of 152 college students to complete a 70-question survey on their attitudes toward texting in various situations and their general texting habits.

The college students were frequent users of texting as a means of communication, with 34% sending and receiving 100 or more texts per day.

Future research for the team will look at how other age groups such as school students handle the temptation to text at times considered inappropriate. “College students tend to be heavy text users, so it might be interesting to see if this holds up across other groups that may or may not use texting as often,” Harrison concludes.