Around 7 to 8 percent of Americans will experience post-traumatic stress disorder in their lifetime, and the condition is even more common among veterans, affecting around 23 percent of those involved in recent conflicts. According to a new study, the ancient Chinese exercise Tai Chi could help veterans manage symptoms of post-traumatic stress. 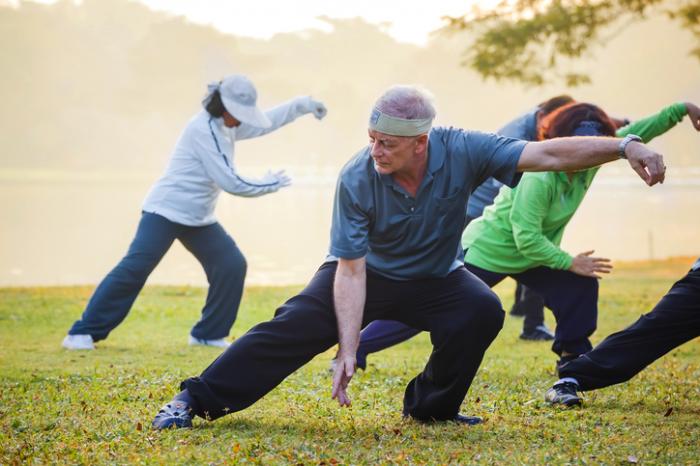 Researchers say Tai Chi may be beneficial for veterans who have PTSD.

Post-traumatic stress disorder (PTSD) is a mental health condition that can arise after experiencing or witnessing a shocking or frightening event.

Because veterans have been exposed to highly traumatic events more often than the general population, their rates of PTSD are much higher. According to the U.S. Department of Veterans Affairs, around 30 percent of veterans who served in the Vietnam War have experienced PTSD at some point in their lives.

Symptoms of PTSD include flashbacks of the traumatic event, nightmares, negative emotions, and avoidance of situations that trigger memories of the event. Some individuals may also experience anxiety, depression, physical symptoms – such as chronic pain – and alcohol or drug abuse.

Treatment for PTSD often includes a combination of medication and behavioral therapy. However, these treatments are not always effective.

Now, Niles and colleagues say Tai Chi has the potential to offer significant benefits for veterans with PTSD.

Originating from China, Tai Chi is a gentle form of exercise that incorporates slow movements, breathing, and meditation.

Research has also associated Tai Chi with better mental health, such as reduced anxiety and depression.

According to Niles and team, few studies have investigated whether Tai Chi might help individuals with PTSD, although research has demonstrated the benefits of other mind-body practices – such as yoga – for the disorder.

With this in mind, the researchers enrolled 17 veterans – 11 males and 6 females – with symptoms of PTSD to take part in an introductory Tai Chi program, which involved four once-weekly sessions over 4 weeks.

Each session involved a warm-up – including a self-massage and a review of Tai Chi principles – Tai Chi movement, and breathing and relaxation. During the 4-week period, subjects were also encouraged to practice Tai Chi at home for at least 30 minutes daily.

The vast majority of veterans – 93.8 percent – said they were mostly or very satisfied with the introductory Tai Chi program and would rate the program as “excellent” or “good.”

Importantly, 68.8 percent of the veterans said that the Tai Chi program “helped them deal more effectively with their problems,” and all subjects said they would take part in Tai Chi again if offered.

The researchers note that the study sample size was small, and some of the participants only reported mild symptoms of PTSD, meaning their results may not apply to larger populations of veterans with the disorder.

Still, the team says the results provide “evidence for the feasibility of enrolling and engaging veterans with symptoms of PTSD in a Tai Chi exercise program,” adding:

“Veterans were very satisfied with their Tai Chi experience and they indicated both willingness and a preference for additional sessions. Given these positive findings, additional research is needed to empirically evaluate Tai Chi as a treatment for symptoms of PTSD.”

Read how Tai Chi may boost health and well-being for people with cardiovascular disease.

The Pessimists Are More Likely To Die Of Heart Disease