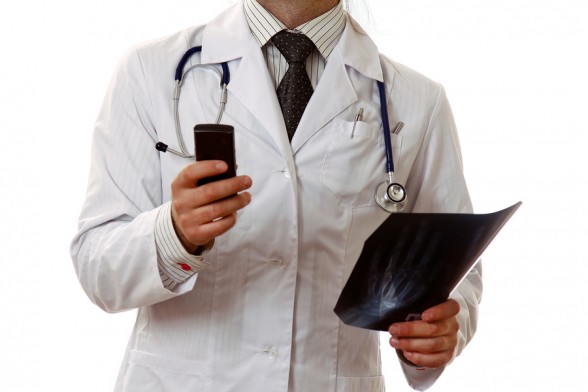 Mount Sinai’s unveiling of its mobile health app delivery platform, RxUniverse, was a milestone for the health system. But it’s also part of a wider strategy to support other health systems seeking to implement a mobile component to care delivery. The number of healthcare organizations putting mobile strategies in place has spiked in the past year to 82 percent compared with 52 percent only one year ago, according to a survey by open source software developer Red Hat.

The spike would appear to be connected to 78 percent of survey participants achieving positive ROI from mobile app investments. But the ramp up in mobile strategies comes with some vexing security concerns.

The biggest drivers behind app development are:

The patient and health plan member category is expected to outstrip the push for improving internal efficiency over the next 12 months, the report said.

In what’s likely a reflection of the type of respondents to the survey than the wider U.S. market trends, the majority of apps in the U.S. are provided to physicians (59 percent), followed by patients/health plan members (55 percent), and technicians (44 percent), the survey said. European survey participants painted a slightly different picture with pharmaceutical research development staff the largest priority for apps (53 percent), followed by patients/ health plan members (46 percent) and doctors (43 percent).

Mobile health app development will continue to grow with the average number of healthcare apps produced by U.S.-based survey participants in the next year projected to rise 56 percent from nine to 14. Remote monitoring to support patient-physician communication was deemed the mobile health category with the greatest market potential in the next five years, according to a Research2Guidance report published last month.

Security has long been a source of concern for mobile health apps, particularly regarding the protection of patient health information. About 98 percent of the Red Hat survey respondents said app security is their primary business concern. The survey broke that down into a couple of priorities including data encryption from device back-end systems (30 percent) and HIPAA compliance (29 percent). One potentially troubling trend the survey picked up on is that although healthcare organizations are keen to increase their app development efforts, they only plan to increase budgets by 15.5 percent, which includes the cost of maintaining and updating existing apps. It is tough to say how much security factors into those budgets.