Tickborne illnesses – such as Lyme disease, Tularemia and Rocky Mountain

spotted fever – can be serious and sometimes deadly. They are a major public health

problem around the world. Now, a new study reports the discovery in northern China of a

tickborne illness in humans that has never been seen before. 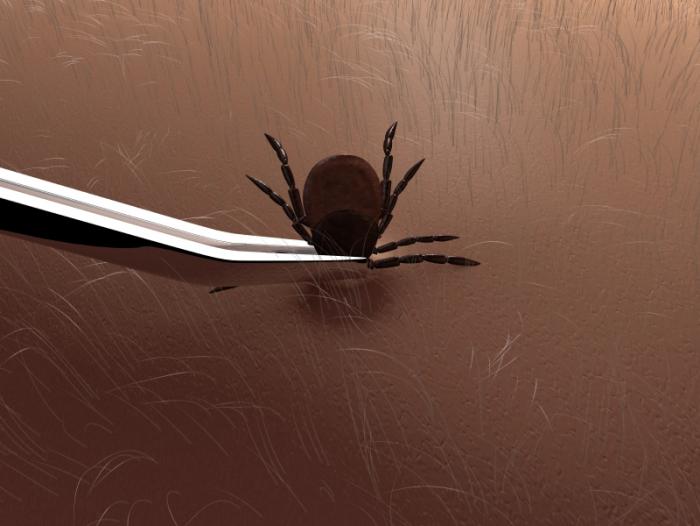 animals and people they bite.

Ticks are small, blood-sucking arthropods, and like their cousins – mites, spiders and scorpions – they have eight legs. There are many different species of tick, with

different ones biting and sucking the blood of different animals, and sometimes this

animals and people that they bite. There are many different tickborne illnesses caused

by a range of pathogens.

The Centers for Disease Control and Prevention (CDC) list at least 14 different types of tickborne diseases known in the US.

The new discovery, reported in The Lancet Infectious Diseases, is the

work of a team of researchers from China and the US. In their paper, they say it is

animal health in the region where the tick prevails.

They name the newly discovered pathogen – a bacterium – Anaplasma capra,

after the fact it appears to be common in goats. “Capra” is the Latin word for “goat.”

The bacterium is related to other Anaplasma bacteria, some of which can also

cause illness when transmitted from ticks to humans.

However, the researchers note they are not sure how widespread A. capra and

Co-author J. Stephen Dumler, a professor of pathology at the University of Maryland

“This is an entirely new species of bacteria. This had never been seen in

humans before. We still have a lot to learn about this species, but it may be that this

bacteria is infecting humans over a wide area.”

Prof. Dumler himself discovered another Anaplasma bacterium that causes the

For the study, he and his colleagues – including researchers from the Beijing

Institute of Microbiology and Epidemiology, the Mudanjiang Forestry Central Hospital and

Shanghai Jiaotong University, all in China – tested 477 patients in northeast China who

had been bitten by a tick over the period of a month in the spring of 2014.

The symptoms of infection by A. capra include fever, muscle aches, headache,

tiredness and dizziness. The patients recovered after treatment with antibiotics,

A. capra probably transmitted by the taiga tick

Not much is known about A. capra. It is not easy to diagnose – there is no

The researchers say A. capra is probably transmitted by the taiga tick – a close relative of

the deer tick. The tick is widespread in Eastern Europe and Asia – including Russia, China and

If the taiga tick spreads A. capra throughout this region, then human

infection may be common, says Prof. Dumler, who notes that more than a billion people

live in areas where the tick is prevalent. He and his colleagues conclude:

“The emergence of A. capra as a cause of human disease suggests

precautions to reduce their risk of exposure to this novel tickborne

In 2013, Medical News Today reported how researchers from Yale University

found a new infection caused by ticks that is extremely

similar to Lyme disease. They described how they found the unnamed disease for the