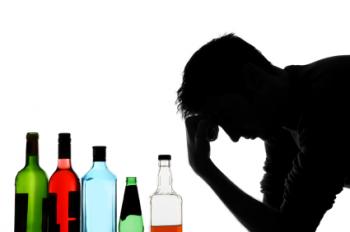 The researchers estimate that in the US, around 9% of deaths from external causes could be prevented if former prisoners were treated for alcohol and drug use disorders.

According to lead study author Prof. Seena Fazel, professor of forensic psychiatry at the University of Oxford in the UK, and colleagues, death rates are high among individuals who have been released from prison.

“In the USA, the ex-prisoner population was estimated as 5.4 million people, who account for about 12% of roughly 250,000 deaths from external causes every year,” say the authors.

However, they note that few studies have investigated the drivers behind high death rates among ex-prisoners.

Past research has suggested that substance use disorders and psychiatric disorders are common among former prisoners. In this study, Prof. Fazel and colleagues investigated the proportion of deaths among ex-prisoners that are attributable to such disorders.

To reach their findings, the researchers analyzed 47,326 men and women who had been imprisoned in Sweden since January 1st, 2000 and who were released before December 31st, 2009.

The team obtained data detailing incidence of substance use (including alcohol and drug abuse) and other psychiatric disorders – such as depression and schizophrenia – among the prisoners, and the causes of any deaths after release were recorded.

Using the Cox regression model, the researchers calculated the proportion of deaths that could be attributable to substance use and other psychiatric disorders.

During an average 5-year follow-up, 6% (2,874) of the prisoners died after being released from prison. Of these deaths, 44% (1,276) were due to potentially preventable external causes, such as accidents or suicide – accounting for around 3% of all external-cause deaths in Sweden in 2000-09.

The researchers found that a history of alcohol and drug abuse significantly increased the risk of death among former prisoners.

What is more, the researchers found that 42% of deaths from external causes among male ex-prisoners were a result of drug and alcohol abuse, as were 70% of external-cause deaths among female ex-prisoners.

Commenting on the findings, the authors say:

“Our results show high mortality in people released from prison, and the substantial contribution of substance use disorders to this mortality.

We provide evidence that supports a causal role for substance use disorders in post-release mortality, and that these disorders might be useful to identify high-risk groups.”

Unlike previous studies, the researchers say they found no association between other psychiatric disorders and increased risk of death among individuals who were released from prison.

According to Prof. Fazel, these findings “show the potential for preventive and therapeutic programs to significantly reduce the number of deaths from alcohol and substance misuse.”

The researchers estimate that in the US, around 9% of deaths from external causes could be prevented if former prisoners were treated for alcohol and drug use disorders.

The team says future research should investigate the cost-effectiveness of substance abuse treatment programs in custody, as well as identify the best ways to continue such treatment once prisoners are released.

“In many countries, jails and prisons are an important opportunity to treat substance use disorders in individuals who are out of the reach of conventional health care systems,” say the authors. “Such efforts could not only reduce mortality in people released from custody, but also improve both public health and safety.”

In an editorial linked to the study, Sarah Wakeman, of Harvard Medical School in Boston, MA, and Josiah Rich, of Brown University in Providence, RI, say addiction treatment for prisoners is severely underutilized in the US.

They note that among people with drug use disorders in state prisons, only 0.8% receive detoxification treatment, 0.3% receive maintenance pharmacotherapy, 6.5% receive professional counseling and 9.5% undergo treatment in a residential facility.

“The withholding of evidence-based treatment for prisoners is arguably unethical and certainly unwise,” say Wakeman and Rich. “The absence of care in this deeply affected population translates into high costs to society and the communities that these individuals return to. As the article shows, these costs also translate into avoidable deaths from a treatable illness.”

Elsewhere on Medical News Today is a study revealing there has been a fall in drug abuse and overdoses after an opioid painkiller – known as OxyContin – was switched to an abuse-deterrent formulation that makes it crush-resistant.