In recent years, researchers have uncovered a wealth of information about how the gut microbiome – the population of microorganisms in the intestines – affects our health. Now, for the first time, scientists reveal how gut microbes may play a key role in Parkinson’s disease. 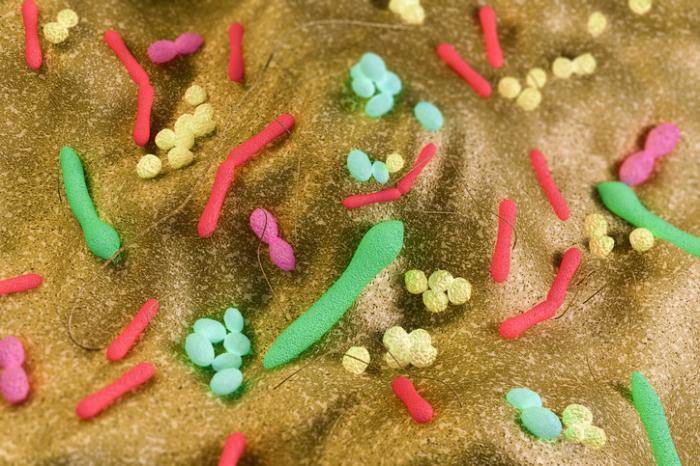 Researchers suggest the gut microbiome may play an important role in Parkinson’s disease.

In a study published in the journal Cell, researchers show how changes in the gut microbiome of a Parkinson’s mouse model led to brain abnormalities and motor deficits characteristic of the disease.

The researchers say their findings could bring us closer to new treatments for Parkinson’s disease – a progressive movement disorder that is estimated to affect up to 1 million Americans.

“We have discovered for the first time a biological link between the gut microbiome and Parkinson’s disease,” says senior study author Sarkis Mazmanian, of the California Institute of Technology in Pasadena.

“More generally,” he adds, “this research reveals that a neurodegenerative disease may have its origins in the gut, and not only in the brain as had been previously thought.”

The gut microbiome and health

Tens of trillions of microorganisms live in our gut, comprising at least 1,000 species of known bacteria and more than 3 million genes.

While one third of gut microbes are common to most individuals, the remaining two thirds are specific to each of us; they evolve throughout a lifetime, dependent on diet and other lifestyle and environmental exposures.

Increasingly, researchers are learning how changes to gut microbiome impact overall health and the risk of disease; studies have uncovered links between altered gut microbiota and obesity and cancer, as well as conditions that affect the brain, including autism, anxiety, and depression.

Mazmanian and team have strengthened the gut-brain link with their new research, after revealing how the gut microbiome may be involved in Parkinson’s disease.

Previous studies have shown that the gut microbiome is altered in patients with Parkinson’s disease, and these individuals often experience constipation and other gastrointestinal (GI) problems years before the onset of motor problems.

“Because GI problems often precede the motor symptoms by many years, and because most PD [Parkinson’s disease] cases are caused by environmental factors, we hypothesized that bacteria in the gut may contribute to PD.”

To test their theory, Mazmanian and colleagues used mice that had been genetically modified to overexpress a protein called alpha-synuclein, which is widely believed to contribute to the development of Parkinson’s.

As a result, the rodents displayed motor symptoms and alpha-synuclein aggregation that are characteristic of the disease.

When both groups of mice performed tasks that tested their motor skills – such as running on a treadmill and crossing a beam – the team found that the germ-free mice performed much better than the mice with gut microbes.

“This was the ‘eureka’ moment,” says first author Timothy Sampson, a postdoctoral scholar in biology and biological engineering at the California Institute of Technology.

“The mice were genetically identical; both groups were making too much αSyn [alpha-synuclein]. The only difference was the presence or absence of gut microbiota. Once you remove the microbiome, the mice have normal motor skills even with the overproduction of αSyn.”

“Now we were quite confident that gut bacteria regulate, and are even required for, the symptoms of PD,” Sampson adds. “So, we wanted to know how this happens.”

Next, the researchers transplanted human gut microbes from either healthy adults or adults with Parkinson’s disease – isolated from fecal samples – into the germ-free mice.

The mice transplanted with gut microbes from Parkinson’s patients began to display symptoms of the disease, including motor problems, alpha-synuclein aggregation, and inflammation, while mice that received gut microbes from healthy adults did not.

Additionally, the researchers found that the germ-free mice that showed Parkinson’s symptoms also had higher levels of short-chain fatty acids (SCFAs) in their feces.

The authors explain that previous studies have shown SCFAs can trigger immune responses in the brain. As such, they speculate that an imbalance in SCFA levels causes brain inflammation. This may lead to nerve cell damage and death, triggering symptoms of Parkinson’s.

All in all, the researchers believe their study indicates that the gut microbiome is likely to play a crucial role in Parkinson’s disease, moving away from the widespread belief that the disease is solely down to changes in the brain.

“Our findings provide a completely new paradigm for how environmental factors may contribute to Parkinson’s disease and possibly other neurodegenerative disorders. The notion that these diseases may be impacted by pathology in the gut and not only in the brain is a radical departure from conventional research in neuroscience.

Parkinson’s disease is complex and there are several genetic predispositions and environmental risks that play a role, but we believe our findings shed light on a previously unrecognized and potentially important part of this puzzle.”

Mazmanian and colleagues say their results may also bring us closer to new treatments for Parkinson’s, possibly in the form of probiotics or prebiotics.

However, before this can be explored as an option, the researchers say they first need to pinpoint precisely which gut microbes may be contributing to Parkinson’s disease.

“Gut bacteria provide immense physiological benefit, and we do not yet have the data to know which particular species are problematic or beneficial in Parkinson’s disease,” says Mazmanian.

“It is important to note that there are currently no antibiotic or microbial treatments available for human use that can replicate the effect we observed in mice,” he adds.

“However, our next step will be to define the specific gut microbes that may contribute to the development of Parkinson’s disease, as this could translate into novel biomarkers to identify at-risk patients. Additionally, these findings could lead to novel therapeutic approaches that avoid the complications of delivering drugs to the brain and may be safer and more effective.”

Read about a new stem cell therapy that could help treat Parkinson’s.