A woman’s chances of pregnancy success with in vitro fertilization might be predicted through hormone levels in her hair. This is the finding of a new study published in the journal Psychoneuroendocrinology. 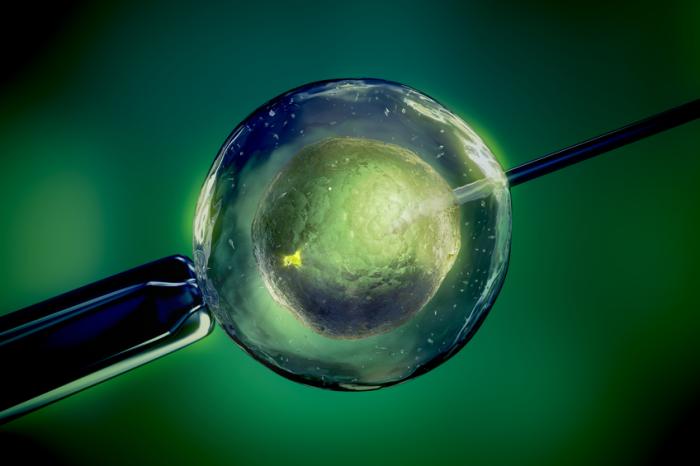 The likelihood of pregnancy though IVF could be predicted through levels of cortisol in a woman’s hair, say researchers.

Conducted by researchers from the University of Nottingham in the United Kingdom, the study reveals that women with higher levels of the “stress hormone” cortisol in their hair were significantly less likely to conceive through in vitro fertilization (IVF) than women with lower levels.

IVF is a form of assisted reproductive technology, whereby mature eggs are retrieved from the ovaries and fertilized by sperm in a laboratory. The fertilized eggs are then implanted into the uterus.

According to Resolve: The National Fertility Association, the majority of women who undergo IVF have a pregnancy success rate of 25-30 percent per cycle, though this can vary widely.

The chances of IVF success are influenced by a number of factors, including age, body mass index (BMI), reproductive history, and the presence of medical conditions.

It has also been suggested that stress plays a role in the likelihood of pregnancy success with IVF.

Stress is known to increase levels of the hormone cortisol; some studies have suggested that women with higher cortisol levels may have a lower chance of IVF success, though other studies have found no such link.

“Researchers have been interested in the role that cortisol may play in determining reproductive outcomes for some time now, not least because cortisol is typically elevated in relation to stress,” says lead investigator Prof. Kavita Vedhara, of the School of Medicine at Nottingham.

“There has been ongoing debate within the scientific community about whether or not stress may influence fertility and pregnancy outcomes.”

The team points out that previous studies looking at the link between cortisol levels and IVF have solely relied on measures of the hormone in saliva, blood, and urine, which only provide short-term insight.

For their study, Prof. Vedhara and colleagues added hair samples to the mix, which enabled them to measure women’s cumulative cortisol levels over the past 3-6 months.

Over the course of 2 days, saliva samples were collected from the women. These were retrieved immediately after waking in the morning, 30 minutes after waking, and at 10 p.m. Additionally, 88 of the women provided hair samples.

Both the saliva and hair samples were assessed for cortisol concentrations.

The researchers found that cortisol levels in saliva samples were not related to pregnancy outcomes for the women, but levels of the hormone in hair samples were.

Compared with women with low cortisol levels in hair samples, those with high levels of the hormone were 27 percent less likely to become pregnant after IVF.

Prof. Vedhara and colleagues say their findings do not suggest that stress is a direct influence on pregnancy outcomes with IVF, but they do suggest cortisol levels may be an indicator of conception.

What is more, the results suggest that lowering cortisol levels may increase a woman’s likelihood of IVF success.

“We know that many factors will influence the likelihood of IVF success and, at this stage, we do not fully understand all of the factors that influence whether treatment works or not.

However, optimizing patient’s chances of IVF success is key and this research suggests that reducing cortisol in the months prior to treatment may play an important part in conception.”

Wound – Plugging Equipment To Save The Life Of A Soldier

Multi-functional Chip Development, Make The Innovation Of The Next Generation Of Implants