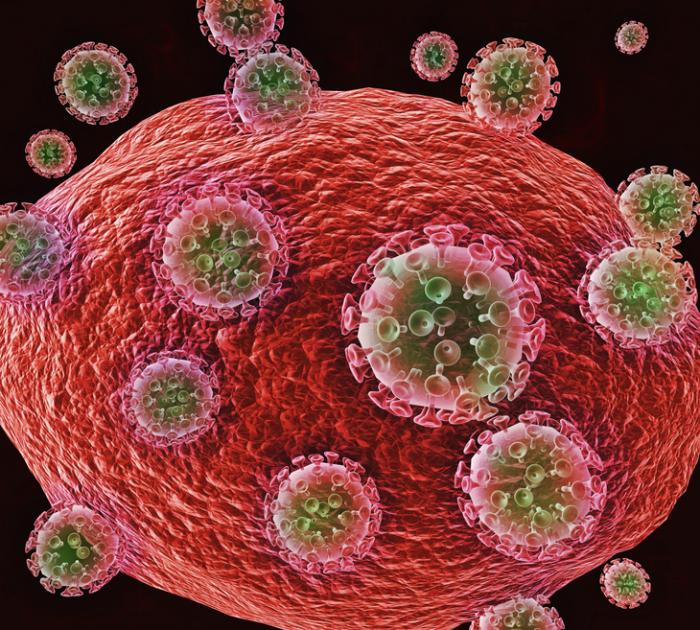 Scientists say their new information on broadly neutralizing antibodies may bring us closer to an HIV vaccine.

Once the HIV enters the body, the immune system starts to produce antibodies to fight the pathogen. Generally, the antibodies produced are specific to the particular strain of HIV.

However, research reveals that around 1 percent of HIV-infected people produce broadly neutralizing antibodies that attack different strains of HIV that circulate worldwide.

Broadly neutralizing antibodies bind to structures or “spikes” on the surface of the virus that arise from the virus itself and vary little among different strains.

Much of the search for an HIV vaccine focuses on better understanding how broadly neutralizing antibodies form and attach to the spikes.

In a paper published in the journal Nature Medicine, researchers from the University of Zurich and University Hospital Zurich (UZH) in Switzerland describe how they found disease-specific, host-specific, and virus-specific factors that appear to influence the body’s ability to make broadly neutralizing antibodies against HIV.

For the study, the team examined around 4,500 people infected with HIV – all participants of the Swiss HIV Cohort Study and the Zurich Primary HIV Infection Study. They found 239 of the participants formed broadly neutralizing antibodies.

The researchers found three important disease-specific features that appear key for the production of broadly neutralizing antibodies: the number of viruses present in the body, the diversity of virus types, and how long the HIV infection had gone untreated.

Huldrych Günthard, professor of clinical infectious diseases at UZH and one of the study’s corresponding authors, says their study is the first to identify these three disease-specific features.

He says they also found that the features influence the production of broadly neutralizing antibodies independently of each other, and explains:

“So we don’t necessarily have to consider all three parameters in designing an HIV vaccine. This is especially important with regard to the length of vaccine administration – it wouldn’t be possible to imitate a longer untreated HIV infection with a vaccine.”

Co-author Alexandra Trkola, a professor of medical virology at UZH, suggests this factor needs further investigation in order to better understand how ethnic origin affects production of broadly neutralizing HIV antibodies. Factors likely to play a role could be genetics, geographics, and socioeconomics.

Finally, the team found that different virus subtypes appear to affect the binding site the antibodies attach to. Subtype B viruses are more likely to spur the body to make HIV antibodies that bind to CD4 binding sites – through which the virus binds to host immune cells.

In contrast, non-subtype B viruses appear to encourage production of antibodies that bind to a sugar element of the virus spikes (V2 glycan).

“Our results show how different factors boost the formation of antibodies that broadly combat different viral strains. This will pave the way for us to systematically push ahead with the development of an effective vaccine against HIV.”