Dementia is not a specific illness or disease. It involves a variety of symptoms associated with impaired thinking, memory, and communication.

To have a diagnosis of dementia, the decline in functioning must affect a person’s ability to perform everyday activities.

This article will look at several types of dementia, and how they change as the condition progresses. 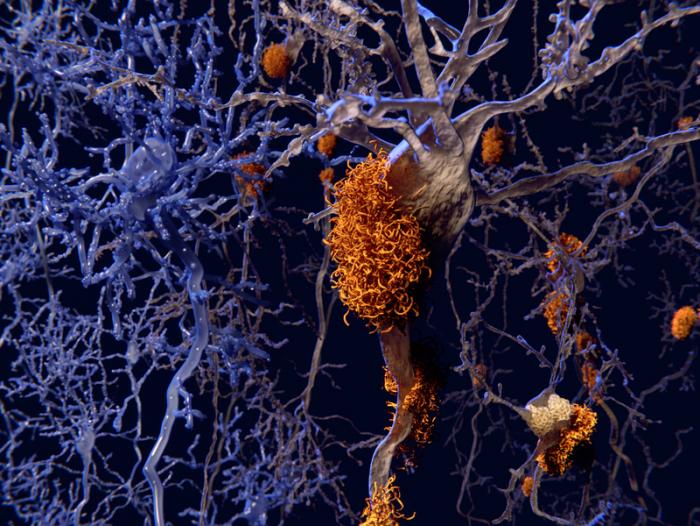 Beta-amyloid plaques may be found in the brain of people with Alzheimer’s disease.

Dementia may have different causes. Changes to the brain depend on the type of dementia a person has.
Common types of dementia include Alzheimer’s disease, vascular dementia, dementia with Lewy bodies, and mixed dementia.

It is not entirely clear what causes Alzheimer’s, but clumps of a protein called beta-amyloid are found in the brain of people with this type of dementia.

Vascular dementia may occur when there is reduced circulation to the brain due to a stroke or other conditions, resulting in damage to the blood vessels in the brain.

Dementia with Lewy bodies happens when abnormal proteins develop in the brain, called Lewy bodies.
The protein deposits may be found throughout the brain, including the cerebral cortex, the area involved in language and thinking.

Mixed dementia involves more than one cause. Blood vessel problems may be present along with abnormal proteins in the brain, for example.

How do symptoms of dementia change over time?

Regardless of the cause, symptoms of dementia tend to worsen over time.

The rate of progression varies from person to person. Genetics, age, and overall health may play a role in how fast the disease progresses.

Dementia often, but not always, starts with a mild decline in the ability to think. For example, someone may forget a recent conversation or the name of a familiar object.

At this point, the decrease in memory may not greatly affect a person’s ability to function daily.

Early symptoms may also include a decreased ability to perform certain tasks, such as paying bills or following a recipe. Subtle changes in personality may also be noticed by people close to an individual with dementia.

At this stage, a person with dementia may start to realize something is not right, but they may choose to hide their symptoms. 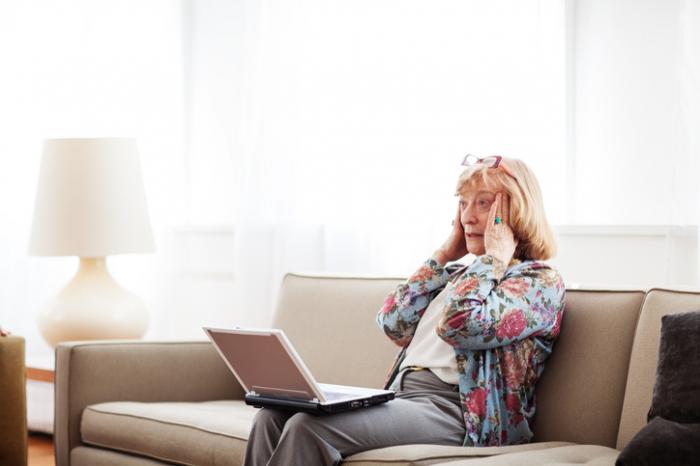 Dementia may start with a decrease in memory.

As dementia progresses, symptoms become harder to hide. More noticeable symptoms may develop. Help with self-care or everyday activities may be needed.

Personality changes may become more noticeable. The person may experience paranoia or fear. Symptoms may include increased confusion and memory loss.

People with moderate dementia commonly forget their address or other personal information, including their phone number. Sleep patterns and mood may change.

Gradually, dementia can progress and become severe. Memory is often significantly affected. Someone with dementia may not recognize family members.

During late-stage dementia, symptoms may include an inability to communicate, walk, and control bowel and bladder function.

A person with late-stage dementia may have muscle rigidity and abnormal reflexes. Full-time personal care is usually needed for eating, bathing, and dressing. People with severe dementia are vulnerable to infections, including pneumonia and bed sores.

How do treatment options change over time?

Currently, there is no cure for dementia, including Alzheimer’s disease, but there are treatments. Treatment usually aims to decrease symptoms and manage behavioral changes.

Treatment may also change over time. Different classifications of medication may be prescribed, based on the stage of the disease.

Medications may reduce symptoms by affecting chemicals that carry messages to the brain cells.

In people with moderate-to-severe dementia, treatment may also include memantine. Memantine is a drug that may help improve language, thinking, and memory.

Memantine works by regulating glutamate, a chemical in the brain that is involved in memory and learning. Memantine may delay the progression of symptoms temporarily for some people.

Treatment options may include medications that reduce behavioral changes, such as anxiety and sleep problems.

In later stages, different medications may be needed, as symptoms develop. Particular drugs may be recommended to treat specific symptoms, such as fear, restlessness, and hallucinations.

As dementia progresses, treatment may also focus on improving the quality of life. For example, occupational therapy may be useful to teach people with dementia how to use adaptive equipment or to improve fine motor skills. 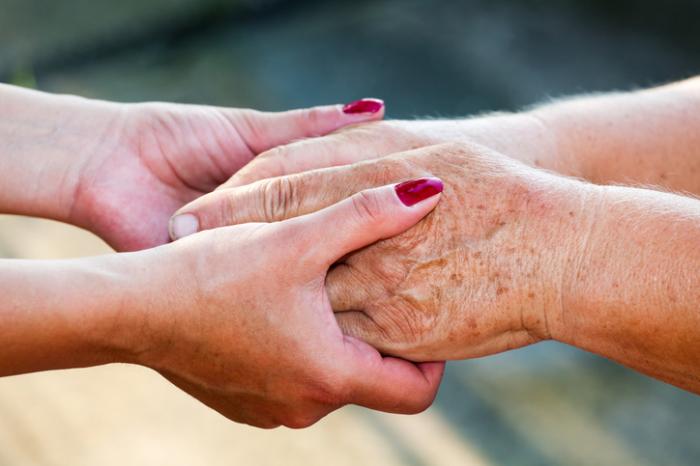 A person with an early diagnosis of dementia may want to communicate their wishes for future care as soon as they can.

No single test can determine if a person has dementia. Tests will focus on the ability to think and neurological evaluation.

A medical history and blood tests can help to rule out other causes of symptoms.

Imaging studies, such as a CT or PET scan, can determine if a specific protein is deposited in the brain, or if there is any interruption to the blood flow to the brain.

Dementia scales can help to decide if dementia is present, and how far it has progressed.

The Global Deterioration Scale may be used to determine the severity of overall dementia.

Ratings range from one to seven, where seven indicates the most severe stage. A combination of tests may be used to make an assessment.

The outlook for people with dementia varies. Age at diagnosis and response to treatment affect how the condition progresses.

People with Alzheimer’s dementia often live for about 10 years after diagnosis, according to the Mayo Clinic.

However, everyone is different. Some people with dementia survive 20 years or more after diagnosis.

Living with dementia in the later stages

It may be helpful for a person with dementia to be involved in decisions about their care before they become unable to communicate their wishes.

Advanced care planning allows an individual with dementia to state what they want and do not want, such as living in a nursing home or being cared for at home.

Living with late-stage dementia can often be challenging for patients and caregivers. As symptoms progress, more care is required.

Strategies that may help someone with late-stage dementia include techniques to jog memory, such as visual clues or notes.

Caregivers should create an environment that is calm and safe. It is important to identify and correct safety concerns. This includes removing tripping hazards and making sure rooms are easy to get around.

Caregivers should also ensure that medication is taken correctly, and that nutritional needs are met.
Late-stage dementia can also be a difficult time for caregivers. Having a strong support system and allowing time to recharge is essential.