Nov. 16, 2016 — People living across the southeastern U.S. have been dealing with an unfamiliar health threat in recent days: a thick haze of smoke that’s drifted from more than 30 wildfires burning in the Tennessee Valley and southern Appalachian Mountains. 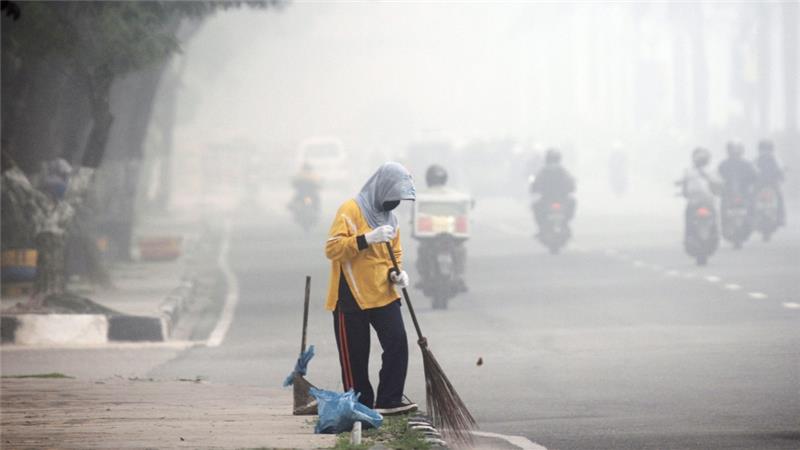 On Wednesday, the EPA’s AirNow monitor showed a red swath of unhealthy air that stretched from West Virginia to south Georgia. A red alert has been issued for the area, meaning even healthy people may experience problems because of poor air quality. Sensitive people — like children, the elderly, and those with asthma and heart disease — are at even greater risk.

Hospitals in Tennessee, Georgia, and South Carolina say more patients are seeking help for breathing problems related to the smoke.

Chattanooga, TN, has been especially hard-hit. More than 200 people there have been hospitalized for shortness of breath and breathing problems due to the wildfire smoke since November 11, says Dean Flener, a Tennessee Emergency Management Agency spokesman.

“We’ve seen a big increase in the number of respiratory complaints coming in, specifically with people who have preexisting conditions like asthma,” said Hany Atallah, MD, chief of emergency medicine at Grady Health System. He says the hospital is considering setting aside a separate area to treat those with breathing problems.

Wildfire smoke contains cancer-causing chemicals like benzene, formaldehyde, and carbon monoxide. It also contains fine particles — about 60 times smaller than the width of a human hair — that can lodge deep in the lungs. The particles irritate the lining of the respiratory tract, causing the airways to narrow. This causes coughing, wheezing, and shortness of breath, especially in people who already have lung problems. The particles can also block the immune system from clearing other invaders like pollen and bacteria, making even healthy people more likely to get sick.

Climatologists and forestry officials warn the situation could continue for weeks because of an ongoing drought and the remoteness of the terrain where the fires are burning.

“We’re preparing to be in this situation through Christmas,” said Dave Martin, deputy director of operations for Fire and Aviation Management at the U.S. Forest Service Southern Region, in Atlanta.

The largest fire, Rough Ridge, burning in North Georgia’s Cohutta Wilderness, has torched more than 23,000 acres and is only 30% contained. Winds have carried the smoke as far as Augusta, 200 miles southeast.

The fire, caused by lightning in mid-October, is burning in a part of the state that’s having extreme and even exceptional drought, according to the U.S. Drought Monitor.

The normally dry conditions in November have been made worse this year by a high-pressure system that’s been parked in the middle levels of the atmosphere. That system is blocking moisture from the Gulf of Mexico from reaching the Southeast, said Georgia State Climatologist Bill Murphey, PhD.

The fires have also ignited in the middle of leaf fall, so parts of the forest that have burned can reignite as leaves drop from trees.

The dry conditions have also made this an exceptionally smoky fire season, Martin says.

“The drier, the fluffier the leaf litter, you definitely get a thicker smoke layer,” he says.

Public health officials are urging people, especially children, the elderly, and those with heart or lung conditions, to take precautions, including:

In Atlanta at the start of this week, the number of fine particulates drifting through the air measured 153 micrograms per cubic meter.

“That’s pretty darn high,” says John Balmes, MD, who studies the health effects of air pollution at the University of California, Berkeley. “That’s 5 times higher than what EPA would like to see in a 24-hour period.”

And it’s not likely to change much anytime soon.

“I don’t really see any major rainmaking systems on the near horizon,” Murphey says.

Overweight People Better Than Others And Kidney Cancer?

Is Your Low-carb Diet Rages In Your Gut Microbes Group?