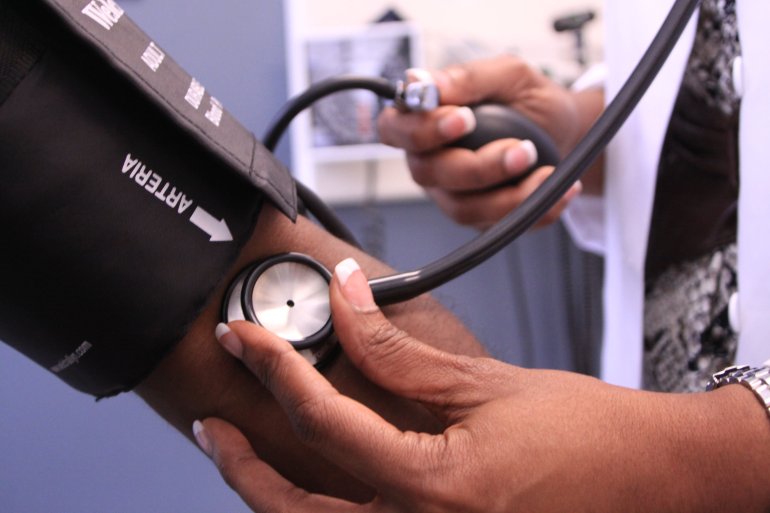 TUESDAY, Oct. 11, 2016 (HealthDay News) — Some blood pressure drugs may boost the risk that patients will be hospitalized for depression and bipolar disorder, a new study suggests.

But the researchers added that the effect seems small, and the study did not prove cause and effect.

Still, “it might be worthwhile for physicians to remember that some of these medications may have an impact on mental health in some of their patients,” said study author Angela Boal, a medical student at the University of Glasgow in Scotland.

The study was published online Oct. 10 in the American Heart Association journal Hypertension.

Researchers have found evidence of a link between heart disease and mental illness, Boal said. Some possible explanations: people who are anxious may exercise less, eat unhealthy foods and take up habits such as smoking and substance abuse, she suggested. Also, stress can boost levels of blood sugar and potentially harmful hormones.

What about mental health and high blood pressure, also known as hypertension?

As for blood pressure medications, Boal said they’re generally not considered to have an effect on mental health. However, this latest research was inspired by a small study that suggested calcium channel blockers — used to treat high blood pressure — could actually improve symptoms of bipolar disorder, she said.

In the new study, almost 145,000 people in Scotland being treated for high blood pressure were tracked for five years. The average age was 55.

Close to 300 people were hospitalized for depression or bipolar disorder.

The risk was actually lower for those on angiotensin antagonists (1.3 per 1,000 people) and about equal for those on diuretics (2 per 1,000), Boal said.

Boal didn’t speculate on why these drugs might have these effects, and she added that other factors may be at play. Patients should realize this, she said, and “they should continue taking their medications as these are vital for their health.”

Dr. Jess Fiedorowicz, an associate professor with the University of Iowa’s departments of psychiatry, epidemiology and internal medicine, agreed.

“The study creates, rather than answers, questions. It would be inappropriate to conclude, based on this study alone, that specific classes of blood pressure-lowering drugs cause depression,” Fiedorowicz said.

Fiedorowicz said it’s possible that factors other than the blood pressure medications could affect the risk of the mental illnesses, especially in light of the fact that physicians prescribe the various types of drugs for specific reasons.

Study co-author Dr. Sandosh Padmanabhan, a professor of cardiovascular genomics and therapeutics at the University of Glasgow, said more research is needed to better understand the possible effects of the medications.

Boal said that if patients are concerned, they should talk to their doctor. And both patients and physicians should exert “greater vigilance” about possible signs of depression when people take blood pressure medications, she added.