Chinese men now smoke more than a third of the world’s cigarettes, and 1 in 3 of all young men in China will eventually be killed by tobacco, according to new research published in The Lancet. 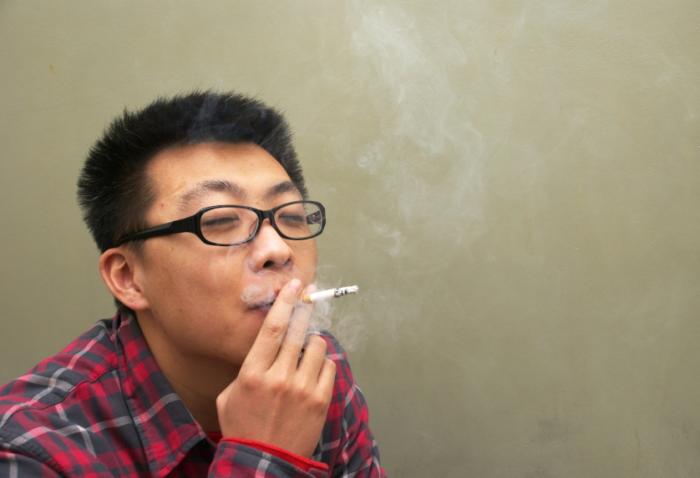 The new study claims 1 in 3 men in China will eventually be killed by smoking.

Researchers from Oxford University in the UK, the Chinese Academy of Medical Sciences and the Chinese Centre for Disease Control have found that 2 in 3 young men in China smoke, mostly starting before age 20. Unless a significant number quit, about half the smokers will be killed by their habit.

Overall adult mortality rates in China are falling, but as the adult population grows, and with it the proportion of male deaths from smoking, the annual number of tobacco-related deaths is set to rise from about 1 million in 2010 to 2 million in 2030 and 3 million in 2050.

While tobacco smoking in western countries has decreased in recent decades, cigarettes are becoming increasingly popular among young Chinese men, and the consequences are now emerging.

In cities the proportion is 25% and rising. It is currently lower in rural areas, but it is predicted to rise even more sharply than in urban areas, since many smoke and very few quit.

Among Chinese women, conversely, smoking rates have fallen dramatically, and the risk of premature death from tobacco is low and decreasing. Of women born since 1960, fewer than 1% of deaths are due to tobacco.

Nevertheless, a recent increase in smoking by adolescent females, thought to be due to social changes, could eventually reverse this downward trend.

For smokers who stopped before developing any serious disease, after 10 years of not smoking, their risk was similar to that of people who had never smoked.

In terms of disease resulting from smoking, tobacco-related deaths in China are less likely to be from vascular disease, unlike in the US.

Rates of lung cancer have historically been three times higher than those in the US and commonly affected nonsmokers. This was due to indoor pollution from heating and cooking. Now, however, while nonsmokers die less frequently from lung cancer and respiratory diseases, smokers are more likely to do so.

Coauthor Prof. Sir Richard Peto, from the University of Oxford, attributes the fall in smoking in western countries to the increase in price, and suggests that raising tobacco prices substantially in China could save tens of millions of lives.

China’s 2030 sustainable development goals include reducing noncommunicable disease mortality by a third. Widespread smoking cessation, the report concludes, “would offer one of the most effective, and cost-effective strategies to avoid disability and premature death over the next few decades.”

In a linked comment, Jeffrey Koplan, from Emory University in Atlanta, GA, and Michael Eriksen, from Georgia State University, write:

“Several myths about tobacco and its use have limited the effectiveness of health education messages in China. These include the belief that protective biological mechanisms specific to Asian populations make smoking less hazardous, that it is easy to quit smoking, and that tobacco use is an intrinsic and ancient part of Chinese culture. The new study clearly shows the severe health consequences of tobacco use for premature mortality among Chinese men.”