Most people would agree that smoking is harmful, but many of us think smoking just a little bit is not that dangerous. New research suggests there is no such thing as safe smoking, with low-intensity smoking significantly increasing the risk of premature death. 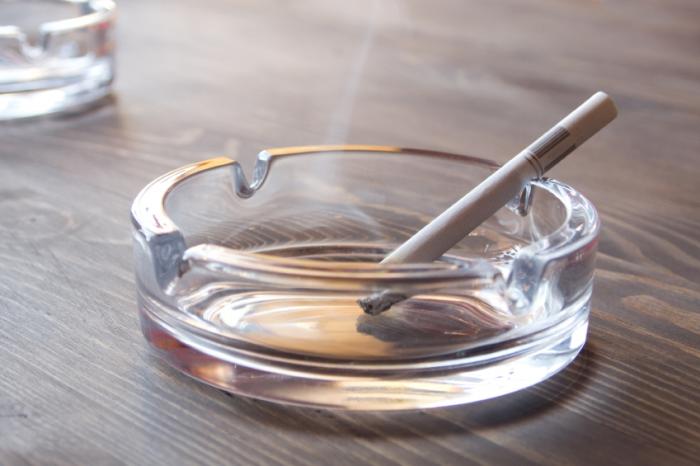 New study investigates the harm in smoking as little as one cigarette a day.

With the help of public awareness campaigns, the negative health effects of smoking have become widely acknowledged.

Smoking causes a variety of diseases affecting almost every organ in the human body, making it the leading cause of death worldwide.

The Centers for Disease Control and Prevention (CDC) report that every year almost 6 million people die from a smoking-related disease, and in the United States alone, smoking accounts for 480,000 yearly deaths.

While most people will be convinced of the harmful effects of heavy smoking, not as many are aware that even an average of one cigarette a day may cause significant damage to our health.

Studying the risk of early death in low-intensity smokers

Researchers from the National Cancer Institute (NCI) analyzed over 290,000 adults in the NIH-AARP Diet and Health Study.

The team – led by Maki Inoue-Choi, Ph.D., Division of Cancer Epidemiology and Genetics from the NCI – defined low-intensity smoking as 10 or fewer cigarettes per day. Study participants were between 59 and 82 years old at the beginning of the study.

Participants were asked to report on their lifetime smoking patterns. Questions were divided over nine periods of the participants’ life, ranging from before their 15th birthday to after the age of 70.

Of those who were current smokers, 159 reported smoking less than one cigarette per day throughout their smoking years. Almost 1,500 said they smoked between one and 10 cigarettes every day.

The results of the study were published in the journal JAMA Internal Medicine.

The study revealed that even low-intensity smoking could pose serious health risks.

People who consistently smoked as little as one cigarette a day throughout their lives were still 64 percent more likely to die earlier than never smokers.

Those who smoked between one and 10 cigarettes a day had an 87 percent higher risk of dying earlier than never smokers.

Among former smokers, the risk of dying earlier was lower among those who used to be low-intensity smokers compared with those who were still smokers. The risk of premature death also decreased proportionally with the age when these smokers quit.

The research also revealed some interesting trends in specific causes of death. Researchers noticed a strong association with lung cancer.

Those who smoked an average of less than one cigarette per day over their lifetime were nine times more likely to die from lung cancer than non-smokers.

Additionally, those who smoked between one and 10 cigarettes a day had a 12 times higher risk of dying from lung cancer than never smokers.

Low-intensity smokers had a six times higher risk of developing respiratory diseases such as emphysema than never smokers. They were also almost one and a half times likelier to die of cardiovascular disease than non-smokers.

The overall negative health effects of smoking are well known, and public awareness of the risks has led to a ban on smoking in public places.

However, many smokers continue to think that smoking a small number of cigarettes every day does not pose any health risks at all.

In fact, a recent study of over 1,600 French smokers and non-smokers revealed that over 34 percent of the respondents think up to 10 cigarettes a day does not increase the risk of lung cancer.

In this context, the NCI study is a much-needed reminder that even smoking a small number of cigarettes is significantly harmful to one’s health.

“The results of this study support health warnings that there is no safe level of exposure to tobacco smoke. Together, these findings indicate that smoking even a small number of cigarettes per day has substantial negative health effects and provide further evidence that smoking cessation benefits all smokers, regardless of how few cigarettes they smoke.”

As the study relied on the participants’ ability to self-report, the findings are more susceptible to recall bias, making the results less certain.

Additionally, while the study sample was in itself large, the actual number of low-intensity smokers who had been consistent over their lifetime was small.

Also, participants were predominantly white and in their 60s and 70s, which limits the findings to a particular age and racial group of Americans.

The authors point out that historically, low-intensity smoking has been associated with minorities in the U.S., so future studies would need to focus on other racial and ethnic groups, as well as on younger participants.

The scientists also lacked data on more detailed smoking patterns, such as the smoking frequency among low-intensity smokers. Therefore, they could not examine whether smoking every other day, every few days, or weekly had a significant impact on health risks.

Learn how the heart attack risk is over eight times higher for younger smokers.