Sleeping in the first 24 hours after a traumatic event may help people to process the memory more effectively and therefore minimize the symptoms of post-traumatic stress disorder, according to research published in the journal Sleep. 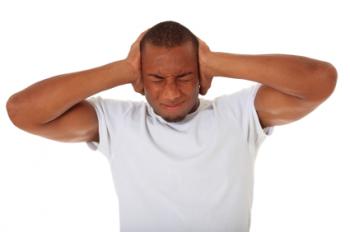 A traumatic incident can sometimes leave people with long-term stress.

Post-traumatic stress disorder (PTSD) is an ongoing reaction to events such as the sudden death of a loved one, an accident, a sexual assault, or a violent attack.

According to the United States Department of Veterans Affairs, 7-8 percent of people will experience PTSD at some point in their lives.

Statistics show that it is more common among war veterans, ranging from 11 percent to 20 percent, depending on the field of combat.

When bad things happen, it can take time for a person to work through the negative emotions. In time, the distressing memories should gradually fade away. In PTSD, however, they may not.

A person with PTSD can experience flashbacks, bad dreams, and seemingly illogical fears for months or even years after the event.

The effects of PTSD

According to the National Institute of Mental Health (NIMH), an adult must have certain symptoms for at least a month to be diagnosed with PTSD.

If the effects interfere with work or relationships, this indicates that the person has PTSD. Children will have slightly different signs and symptoms.

The symptoms of PTSD do not necessarily emerge straight away. They may start to develop 3 months or even a year after the event.

Now, Prof. Birgit Kleim and colleagues from the University of Zurich and the Psychiatric University Hospital Zurich in Switzerland have carried out an experiment, the findings of which suggest that sleeping after a traumatic event can help to process the memories and help people to move on.

In the past, it has been unclear whether sleep plays a positive role in processing stress and trauma, or if it makes the emotional reactions and memories more intense.

Sleep after trauma linked to lower incidence of flashbacks

In the study, 65 female volunteers watched two videos – one neutral and one traumatic. After this, the group stayed in the laboratory for 24 hours. Half of the participants slept, while the others stayed awake. Those who slept had their sleep recorded by an electroencephalograph (EEG).

The participants then kept a journal recording their memories and any flashbacks over several days.

During this time, all the participants had intrusive memories. As the horrific scene they had viewed burst into their mind, it would stir up the negative feelings again.

However, those who slept after viewing the videos had fewer bad emotional memories and their recollections were less distressing than in those who stayed awake, especially toward the end of the week. The results suggest that sleeping after a distressing event might offer some protection from the effects of PTSD.

Readings from the EEG showed that the frequency of intrusions corresponded with the amount of time the person spent in stage N2 sleep, compared with light N1 sleep.

It was also reflected in a higher number of fast sleep spindles and a lower density of rapid eye movement (REM) sleep.

N1 is the lightest stage and N3 is the deepest, also referred to as “deep” or “slow-wave” sleep. During the transition from N1 to N3, brain waves slow down and become more synchronized, and the eyes remain still.

In N3, an EEG will show large, slow waves and spindles.

Sleep is known to play a role in the processing of memories, including bad memories, and the authors hypothesize that it might impact traumatic memories in one of two ways.

It can either weaken the emotions the that are linked to the memory, or it puts the memories into context, processes them, and stores them as information.

The team assumes that this process would take several nights.

“Our approach offers an important non-invasive alternative to the current attempts to erase traumatic memories or treat them with medication. The use of sleep might prove to be a suitable and natural early prevention strategy.”

The researchers point out that there are currently few early treatment options for people who are at risk of PTSD. They hope that sleep could be applied in this way to prevent the condition’s negative impact.

Learn how meditation may help to reduce the symptoms of PTSD.

Yo-yo Dieting May Increase The Risk Of Heart Disease Death