Being able to reach the top shelf in the grocery store isn’t the only benefit of being tall. Research published in the journal Science Advances shows that taller people have better spatial awareness, too. 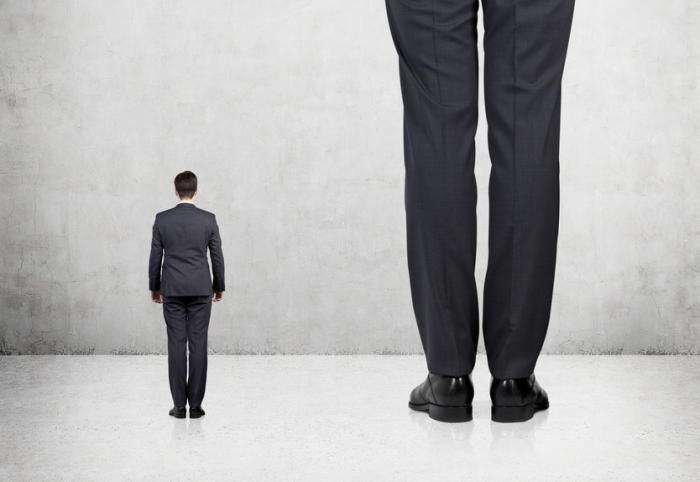 The number of differences between tall and short people are mounting.

Of course, all animals are equal, but, as George Orwell wrote, some are more equal than others.

One of the most outwardly obvious differences between humans is our height.

A tall person and a short person can be easily told apart without the need for blood tests or genetic sampling.

Because of the highly visible nature of this difference, humans have been interested in the implications of the tall-short conundrum for hundreds, if not thousands, of years.

According to a number of studies, taller people earn more money than their shorter counterparts, and taller leaders are judged to be more charismatic than shorter equivalents.

Studies have also found that shorter people have a higher prevalence and greater severity of coronary disease; they also appear to die younger and are more likely to develop open-angle glaucoma.

To add insult to injury, new research from Ohio State University finds that taller people have better spatial relations than shorter folk. In this context, spatial relations refers to an ability to place an object in relation to other objects around it.

The study, using participants of differing heights, measured people’s ability to correctly identify the location of targets in their middle-distance vision, from 3-20 meters away. The researchers were led by Teng Leng Ooi, a professor of optometry at the university.

Our eyes, as incredible as they are, are not sufficient to assess the space and distance around us. The brain is left to fill in the blanks using previous knowledge of similar situations. According to Prof. Ooi, the brain’s task of backfilling spatial information is particularly important in lower light levels.

Each individual was asked to predict the distance of a target in three different settings:

In the dark trials, once the participant had been given the chance to gauge the whereabouts of the target, it was removed, and they were asked to walk to the location where they thought the target had been.

Although none of the participants managed perfect scores, the taller individuals fared much better than the shorter group. Prof. Ooi believes that the tall people’s performances might have been “because they’ve spent a lifetime of looking at the ground from a higher vantage point.”

The results from the dark experiments infer that the taller individuals have an implicit understanding of where objects are in space. This backs up a long-held theory that humans rely on the ground to determine the distances of objects.

“To have accurate space perception, the ground surface is very important. We are really reliant on the ground – we don’t float, we don’t fly, so maybe through evolution, our brains have taken this factor into account.”

In addition to the initial set of experiments, the researchers wanted to investigate if the physical height of the individual made a difference during the trials. To this end, the taller people were asked to complete the trials while sitting down, and the shorter individuals first viewed the targets while standing on a box.

Even when the physical height was evened out in this manner, the taller participants performed significantly better.

In the published paper, the authors write: “It suggests that an individual’s accumulated lifetime experiences of being tall and his or her constant interactions with ground-based objects not only determine intrinsic spatial knowledge but also endow him or her with an advantage in spatial ability in the intermediate distance range.”

The study’s findings are fascinating, but it is important to note that only 24 participants were involved. Additionally, the authors do not state whether the individuals involved were keen athletes. Potentially, the taller group could have had more experience playing sports that favor taller people (football, tennis, basketball) and therefore had more experience at judging targets within space.

Further research into the differences between tall and short people is guaranteed to follow shortly.

Read how taller people are more likely to vote conservative.