In an age where romance is disregarded with a single swipe on a cell phone, and replaced with casual hookups through dating apps like Tinder, it is easy to assume that all young Americans are involved in frequent casual sex. However, a new study reveals that millennials – of the 1990s, in particular – are forgoing sex during young adulthood. 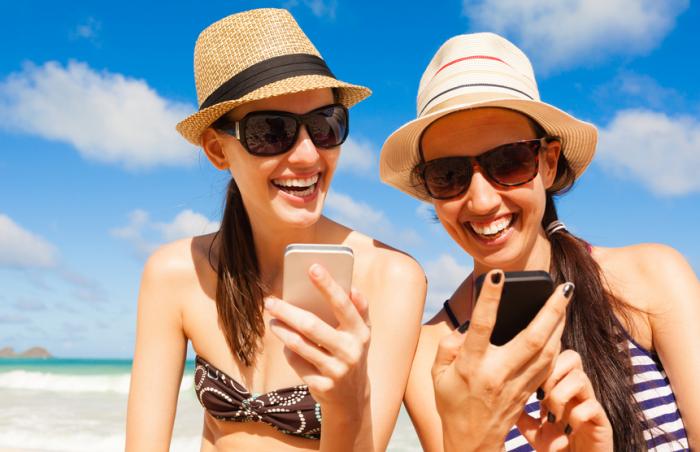 Contrary to popular belief, adults in their 20s are not hooking up as much as expected.

“This study really contradicts the widespread notion that millennials are the ‘hookup’ generation, which is popularized by dating apps like ‘Tinder’ and others, suggesting that they are just looking for quick relationships and frequent casual sex,” says Ryne Sherman, Ph.D., co-author of the study and associate professor of psychology in the Charles E. Schmidt College of Science at Florida Atlantic University.

“Our data show that this doesn’t seem to be the case at all and that millennials are not more promiscuous than their predecessors,” he adds.

Sherman and colleagues note that sexual inactivity in millennials is not related to the period in which they are living and has little to do with changing norms in sexual behavior. They find that this particular generation is “just different.”

With co-authors Jean Twenge, Ph.D., of San Diego State University, and Brooke E. Wells, Ph.D., of Widener University, Sherman aimed to determine if the shift in millennials’ behavior was a result of age or generation.

The researchers compared sexual activity rates by birth decade among 20- to 24-year-old Americans, using an age-period-cohort analysis of adults ages 18-96 in the General Social Survey (GSS).

Also observed were gender, race, education, region, and religion as indicators for any differences between groups.

Results of the study showed that millennials born in the early 1990s were more likely to report no sexual partners after the age of 18 than those of generation X, who were born in the later 1960s.

A total of 15 percent of the 20- to 24-year-olds born in the 1990s had no sexual partners since turning 18, compared with 6 percent in the 1960s group. The study found that the only other generation with higher rates of sexual inactivity was those born in the 1920s.

Sexual inactivity between the 1960’s and 1990’s generations , and less so in men, from 1.7 to 1.9 percent. Sexual inactivity was unchanged among black Americans, staying at 2.6 percent, while increasing from 1.6 to 3.9 percent among white Americans.

“Many of the differences between the groups in the recent generations were also significant. For example, women were more likely to be sexually inactive compared to men, whites more than blacks, those who did not attend college more than those who did, and in the East more than the West.”

Compared with Americans born in the 1980s, the 1990s generation showed a significant contrast and were the most likely of the generations to be sexually inactive in their 20s.

These differences between millennials and other generations is suggested to be due to an increase in sex education, awareness of sexually transmitted diseases, readily available pornography because of advances in technology, and a difference in the definition of what does and does not count as sexual activity among generations.

“While attitudes about premarital sex have become more permissive over time, rise in individualism allows young American adults to have permissive attitudes without feeling the pressure to conform in their own behavior,” Sherman concludes.