Once pregnancy-induced hypertension, then either the pregnant woman or the fetus are particularly negative, so patients with hypertension of pregnancy must be appropriate physical exercise, but also pay attention to when you do too much of the action must not bow down or do position fluctuated widely, there needs spurts etc, to avoid accidents will happen.

Researchers at UPM and UWO have shown that performing supervised moderate-intensity exercise during pregnancy can prevent gestational hypertension in pregnant women and overweight in newborns. 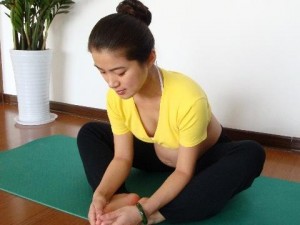 A team of researchers from Universidad Politécnica de Madrid and University of Western Ontario (Canada) has carried out a randomized clinical trial with healthy pregnant women in three public hospitals of Madrid to establish the influence of physical exercise in the prevention of anomalies during pregnancy and fetal outcome. This research was led by Professor Rubén Barakat, a researcher from Faculty of Sciences for Physical Activity and Sport (INEF) and was published in the American Journal Obstetrics & Gynecology.

The prevalence of all pregnancies with some form of hypertension can be up to 10%. In spite of that the risks associated can vary depending on the degree of hypertension, this disease remains a leading cause of maternal, fetal and neonatal morbidity and mortality rates.  Gestational hypertension is high blood pressure detected after the 20th week of pregnancy in previously normotensive women. These women have a higher risk of developing preeclampsia, a severe complication of pregnant women in late pregnancy. Besides, preeclampsia might lead to eclampsia which is an extreme complication in pregnant women and their fetus.Although the gestational hypertension origin is unknown, there are numerous theories that suggest that pathophysiological processes lead to gestational hypertension and preeclampsia from the beginning of the pregnancy, though the maternal symptoms do not appear until mid- to late pregnancy. The most important factors that predispose pregnant women to hypertension are prepregnancy obesity, excessive weight gain during pregnancy and gestational diabetes. Therefore, numerous scientific evidences associate these three factors with another adverse fetal outcome: macrosomia which is the term used to describe larger-than-average babies.

Among the possible preventive elements performed by pregnant women, exercise seems to be an attractive and accessible activity, and what is more, exercise does not have adverse effects on maternal and fetal well-being, according to numerous studies.

A randomized controlled trial including 765 healthy pregnant women was carried out in this study. From the total, 382 women were randomized into an exercise group, and the other 383 women received standard care. The control group received a three days/week exercise programme designed by experts from Faculty of Sciences for Physical Activity and Sport (INEF) at UPM. Results showed that pregnant women who did not exercise are 3 times more likely to develop hypertension. Likewise, women from the control group were also 2.5 times more likely to give birth to a macrosomic infant. According to researchers, a relevant cause could have been responsible for these results: control group women were 1.5 times more likely to gain excessive weight than women from the exercise group.

According to Professor Barakat, “these results confirm the huge potential of physical exercise as an exceptional preventive element of anomalies and diseases that can establish the health of future populations in the case of pregnancy processes.

For over the last 15 years, the research team from INEF has been studying the effects of physical exercise during the pregnancy in collaboration with the Obstetrics & Gynecology departments from diverse hospital of the region of Madrid (Torrejón, Puerta de Hierro, Severo Ochoa de Leganés).

They are currently carrying out a clinical trial in collaboration with the Universidad Flores (Argentina) and Western Ontario (Canada) to study the effects of exercise on the maternal placenta.

A Multi-system Disorder Of Preeclampsia That Affects Women In Pregnancy