New research published in the journal Annals of Neurology suggests an individual’s sense of smell could be useful in determining whether they are likely to develop Alzheimer’s disease. 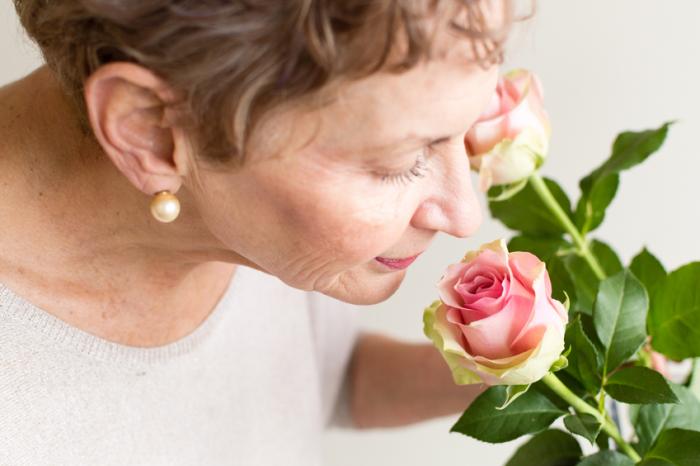 Researchers suggest sense of smell could be used to predict a person’s risk of Alzheimer’s.

Principal investigator Dr. Mark Albers, of the Department of Neurology at Massachusetts General Hospital (MGH), and team found that by assessing the ability to recognize, recall, and distinguish different odors, they could accurately identify individuals who were at greater risk of Alzheimer’s disease.

Alzheimer’s is the most common form of dementia, with around 5.4 million adults in the United States living with the disease. By 2050, this number is expected to reach 13.8 million, unless new preventive and treatment strategies are found.

As with any illness, the earlier Alzheimer’s is detected, the greater the chance of treatment success. However, at present, Alzheimer’s can only be identified through a series of medical and cognitive assessments, and it can often take years to receive a clinical diagnosis.

According to Dr. Albers and colleagues, it is known that Alzheimer’s disease can negatively impact the brain circuits that control sense of smell, or olfaction, and studies have suggested that such neurodegeneration can arise more than a decade before the onset of memory problems.

With this in mind, the researchers set out to investigate whether testing a person’s sense of smell could be an effective way to predict Alzheimer’s disease.

Dr. Albers and team included 183 older adults in their study, all of whom were part of ongoing studies taking place at the Massachusetts Alzheimer’s Disease Research Center, based at MGH.

All participants had undergone in-depth medical and neurological assessments, as well as brain imaging to pinpoint features associated with Alzheimer’s disease.

Each subject took part in four separate tests created by the MGH team that assessed their sense of smell: the Odor Percept IDentification-10 (OPID-10) test, the Odor Awareness Scale (OAS), the OPID-20 test, and the Odor Discrimination (OD) test.

The OPID-10 test requires participants to smell 10 different odors – including menthol, clove, strawberry, smoke, and lemon – for 2 seconds and report whether each scent is familiar. They are then asked to choose one of four words that best describes each odor.

In the OPID-20 test, subjects are asked to smell the same 10 odors from the OPID-10 test, as well as a further 10, which include banana, garlic, cherry, peach, and chocolate. Participants are asked whether they were presented with any of these odors in the OPID-10 test, as a way of determining their olfactory recall. Based on their answers, they are given a percepts of odor episodic memory (POEM) score.

The OAS is a questionnaire used to determine participants’ attention to odors in the environment and how scents affect their behavior and emotions, while the OD test assesses subjects’ ability to repeatedly distinguish between two different odors.

Poorer sense of smell linked to features of Alzheimer’s

Using the four tests, the researchers found they could accurately distinguish between each of the four groups of study participants.

In detail, participants who performed poorly on the OPID-20 test were more likely to show thinning in two regions of the brain: the hippocampus and the entorhinal cortex. Such brain changes have been associated with Alzheimer’s disease.

What is more, the researchers found they could differentiate between participants with normal cognitive functioning and those with Alzheimer’s using POEM scores, with lower scores associated with greater cognitive decline.

The team notes that in adults with normal cognitive functioning, the ability to recognize and distinguish scents can vary widely.

To account for this variance, the researchers compared the POEM scores of the groups with normal cognitive function and subjective cognitive impairment with predicted scores, based on their results in the OD and OAS tests. This, they say, enabled better identification of which individuals were good or bad at recalling and recognizing odors.

From this, the team found that adults who had poorer POEM performance were more likely to possess a variation of the APOE gene – known as APOE e4 – that is linked to increased risk of Alzheimer’s. These adults also demonstrated thinning of the entorhinal cortex.

While these results need to be validated in a larger group, the team believes these early findings suggest testing an individual’s sense of smell may be useful for earlier detection of Alzheimer’s disease.

“It is well recognized that early diagnosis and intervention are likely to produce the most effective therapeutic strategy for Alzheimer’s disease – preventing the onset or the progression of symptoms.

If these results hold up, this sort of inexpensive, noninvasive screening could help us identify the best candidates for novel therapies to prevent the development of symptoms of this tragic disease.”

Read how probiotics could improve cognitive functioning for patients with Alzheimer’s.

What Is The Steamed Stuffed Bun Level, What Do They Measure?