Cancer is caused by a variety of reasons.How can we fight with cancer?It’s also divided into benign and malignant.What’s main reasons of breast cancer?You must be know abouut it.The main risk factors for breast cancer are female sex and older age.And Breast Cancer also have.One of reasons is Smoking tobacco appears to increase the risk of breast cancer, with the greater the amount smoked and the earlier in life that smoking began, the higher the risk.This involves woman’s physical health. 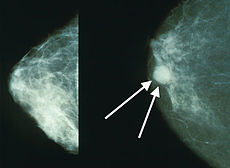 To more efficiently treat breast cancer, scientists have been researching molecules that selectively bind to cancer cells and deliver a substance that can kill the tumor cells, for several years. Researchers from the University and University Hospital Basel have now for the first time successfully combined such an antibody-drug conjugate with a therapy that stimulates the immune system to attack tumor cells. This opens the door to new therapeutic options in the treatment of breast cancer, report the researchers in the scientific journal Science Translational Medicine.

In nearly every fifth breast cancer patient, an above-average number of HER2 receptors are located on the surface of the tumor cells. These receptors are molecules that send growth factor signals into the cell. The overabundance of receptors causes the cancer cells to divide rapidly and the tumor grows faster than average.

For some years now, a new class of drugs called antibody-drug conjugates (ADCs) have been used, which work in two ways: they consist of an antibody that binds selectively to the tumor cell receptor and interrupts the signal to propagate; they also act as a transport vehicle for a chemical substance that enters the cancer cells with the antibody and triggers their death. The researchers demonstrate that the use of specific cytotoxic substances can also have a beneficial effect on the body’s immune system. 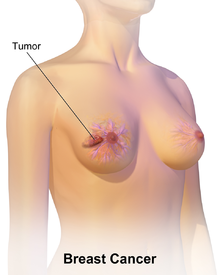 Researchers, led by Prof. Alfred Zippelius at the Department of Biomedicine, from the University and University Hospital Basel have now gone one step further: in a pre-clinical study performed in mouse breast cancer models, they combined the ADC ‘trastuzumab emtansine’ with an additional immunotherapy that activates the immune system into attacking tumors more efficiently.

They focused on what is known as immunoregulatory checkpoints. These are receptors on immune cells, which control for example effector T-cells by dampening their activation if damage to healthy cells is imminent. By administering a complementary antibody, they blocked the function of two such immune checkpoints, whereby different types of endogenous T-cells were activated.

On its own, this immune response had no immediate effect in the fight against the utilized breast tumors, but in combination with the ADC it proved itself effective in attacking cancer cells in mice, resulting in the complete cure of the majority of mice receiving the combination therapy. The researchers were also able to further demonstrate that regulatory T-cells play a host protective role in this therapeutic setting. Their removal resulted in excessive inflammation and tissue damage.

“Our results clearly demonstrate that antibody-drug conjugates are suitable for use in a combination therapy, opening new perspectives for the treatment of breast cancer,” says lead author Dr. Philipp Müller on the significance of the study.