Using an innovative new imaging technique, researchers from the University of California-Los Angeles have found “strikingly similar” patterns of abnormal protein deposits in the brains of retired football players who experienced concussions during their career. 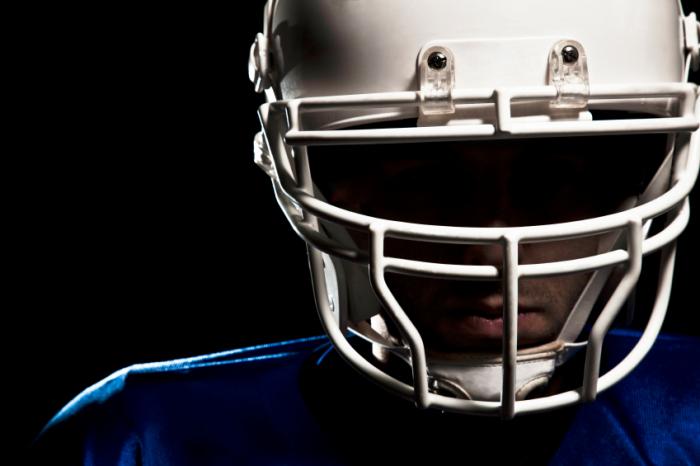 Chronic traumatic encephalopathy is a degenerative brain condition known to affect athletes who are exposed to repetitive brain injuries.

The team believes their findings – published in the Proceedings of the National Academy of Sciences – provide new insights into understanding chronic traumatic encephalopathy (CTE), a degenerative brain condition known to affect athletes who are exposed to repetitive brain injuries in their sport.

This diagnosis involves identifying buildups of the tau protein in the brain regions responsible for mood, cognition and motor function. Buildups of tau are also found in the brains of people with Alzheimer’s disease, but in different regions to people with CTE.

The researchers used a chemical marker combined with positron emission tomography (PET) to scan the brains of 14 retired National Football League (NFL) players. The chemical marker – FDDNP – shows up on PET scans and binds to tau and the amyloid beta plaques that are characteristic of Alzheimer’s.

The scans of the NFL players were compared with those of 19 men and nine women with healthy brains and 12 men and 12 women with Alzheimer’s. The participants also underwent magnetic resonance imaging (MRI) scans, neuropsychological testing and neurological and physical exams to distinguish any relevant symptoms of CTE, Alzheimer’s or normal aging.

Dr. Jorge Barrio, senior author of the study and a professor of molecular and medical pharmacology at the David Geffen School of Medicine at University of California-Los Angeles (UCLA), says that the “distribution pattern of the abnormal brain proteins, primarily tau, observed in these PET scans, presents a ‘fingerprint’ characteristic of CTE.”

Dr. Julian Bailes, an author of the study and director of the Brain Injury Research Institute and the Bennett Tarkington Chairman of the department of neurosurgery at NorthShore University HealthSystem in Evanston, IL, explains the findings:

“We found that the imaging pattern in people with suspected CTE differs significantly from healthy volunteers and those with Alzheimer’s dementia. These results suggest that this brain scan may also be helpful as a test to differentiate trauma-related cognitive issues from those caused by Alzheimer’s disease.”

The participants who had the highest levels of FDDNP binding also exhibited binding in brain regions affected by amyloid plaques, which the researchers say demonstrates that – along with tau – amyloid beta plays a role in advanced cases of CTE.

The UCLA team is now investigating how different causes of head injury may contribute to chronic brain disorders. The first results of this investigation – from scans of two military veterans – are published alongside the results from the retired NFL players.