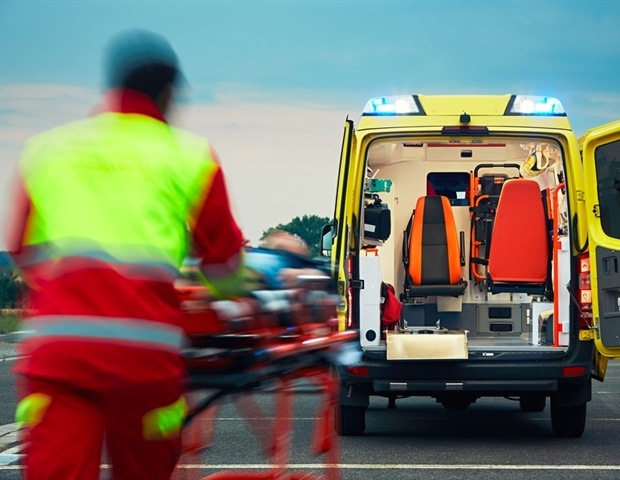 The cost of education is continuing to increase, and the amount of debt for medical school graduates has risen dramatically in the last two decades, according to the Association of American Medical Colleges. As a result, residents must manage their educational debt in addition to other financial factors like home mortgages, automobile financing, and children, as they continue their medical training. A significant load of debt with no education about how to manage it has been shown to correlate with resident burnout and psychological stress. Even so, residency programs do not address debt management or financial planning for trainees.

Since very little research has been done on the financial risks taken by residents during and after their training, a research team from the University of Wisconsin-Madison sought to characterize the financial health of surgical residents and stratify their financial risk exposure. They found that not only did the majority of surgical residents have high risk debt-to-asset and debt-to-income ratios, but close to 80 percent of them said they felt strongly that more personal financial education was needed during the course of their training. The findings were published as an “article in press” on the website of the Journal of the American College of Surgeons ahead of print.

“We’re in an era, unlike when I was training, where educational debt is compounding on top of living debt,” said Bruce Harms, MD, MBA, FACS, the lead study author and a professor in the department of surgery at the University of Wisconsin School of Medicine and Public Health, Madison.
“Residents are so focused on their education, and educational programs are so long now, that they don’t necessarily have the opportunity to get rid of their debt. They’re kicking the can down the road, and somewhere along that pathway, they need the tools and skills to learn how to manage it,” Dr. Harms said.

To gather data on residents’ financial health, the researchers administered an online survey to all surgical residents at the University of Wisconsin in 2015. Survey questions addressed demographics, educational and non-educational debt, fixed and variable expenditures, assets and income, and resident perceptions of financial knowledge and financial training. Responses were utilized to calculate total assets, total debt, and total household income. The primary outcome of interest was debt-to-asset ratio, and the secondary outcome was debt-to-income ratio. The team also calculated surgeon salary over a 15-year period by tracking annual U.S. inflation and comparing it to assistant professor starting salaries from the Association of American Medical Colleges.

A total of 105 residents responded to the survey, with 90 percent reporting some type of debt, and 75 percent reporting educational debt. Of those with debt, the average amount was $221,100. After calculating financial risk, the researchers found that 70 percent of residents had high risk debt-to-asset ratios, and 83 percent had high risk debt-to-income ratios, indicating residents are poorly positioned to manage ongoing debt liabilities, the researchers reported. Dr. Harms said their findings painted “a scary picture” for future financial health.

“When these residents start a family or buy a house, they accumulate more debt, so if something should happen, like the downturn of the economy, they’re not set to deal with that event financially,” he said.

Also concerning to the researchers was that 79 percent of respondents felt strongly that more personal financial education was needed during the course of surgical training. Only six percent said they received any personal financial education during their residency years. A separate study cited by the research team yielded similar findings–in a survey of 1,700 emergency medicine residents throughout the U.S., 82 percent reported they had not received any debt management education in residency, and 84 percent reported debt management and financial planning education should be available.3

Dr. Harms says this type of training is not a priority for residency programs, but it should be because trainees are asking for this knowledge. Such a program could exist on a podcast or a web-based platform, Dr. Harms said. It would also be helpful to gauge residents’ financial knowledge before and after any financial training by administering a pre- and post-test.

A financial risk calculator could be a simple, accessible way for residents to enter in their income, asset, and debt information, and find out where they stand compared with others, Dr. Harms suggested. Whatever form financial training takes, he emphasized that residents need to build that core knowledge so they can take ownership of their financial health.

The team hopes to conduct similar studies at other institutions to gather more data, which could help them build an argument for why residency programs should provide financial training. One of the team’s researchers will also look into whether there is a link between educational debt and burnout among residents, Dr. Harms explained.

He emphasized that, due to rising tuition costs and stagnating surgeon salaries, this problem is not going to go away. With the appropriate partnerships and resources, Dr. Harms said he is confident some type of solution can be found.