To be pregnant with healthy baby, need 3 months or more time, including to develop a good living habits, to strengthen the reasonable nutrition, to maintain a relaxed and pleasant state of mind. 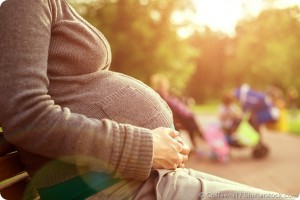 An analysis of pregnancies recorded on the Swedish Medical Birth Register indicates that the risk of a baby dying in its first year of life is greater among mothers who gain weight between their first and second pregnancies compared with women who do not gain weight.

Researchers analysed infant mortality data by change in the mother’s weight between the first and second pregnancies for over 450,000 Swedish women who gave birth to their first and second child between 1992 and 2012.

They found that the risk of a baby dying within the first 4 weeks of life increased with weight gain between pregnancies. The risk of infant death was 27% greater for women who gained 6‑11 kg and 60% greater among mothers who gained more than 11 kg compared with women whose weight remained stable.

Interestingly, overweight (BMI ≥25 kg/m²) mothers who lost weight between pregnancies had a reduced risk of their baby dying within the first 4 weeks of life. A weight loss of at least 6 kg before the second pregnancy was associated with a 50% reduction in the likelihood of neonatal death.

The public health implications are profound. Around a fifth of women in our study gained enough weight between pregnancies to increase their risk of stillbirth by 30–50%, and their likelihood of giving birth to babies who die in infancy increased by 27–60%, if they had a healthy weight during their first pregnancy.”

The prevalence of overweight and obesity in pregnant women has reached epidemic levels. More than half of women in the USA and one in three women in Sweden are either overweight or obese at the start of their pregnancy.

Our findings highlight the importance of educating women about maintaining a healthy weight during pregnancy and reducing excess weight before becoming pregnant as a way to improve infant survival.”

These data further highlight the importance of maintaining a healthy weight and suggest that public health strategies to encourage a healthy diet and physical activity, and consequently reduce excessive weight gain, could potentially reduce rates of stillbirth and infant death.