A hairy, eight-legged friend creeps out from under the bed just as you are tucking in for the night. Who does not feel just a slight apprehension? 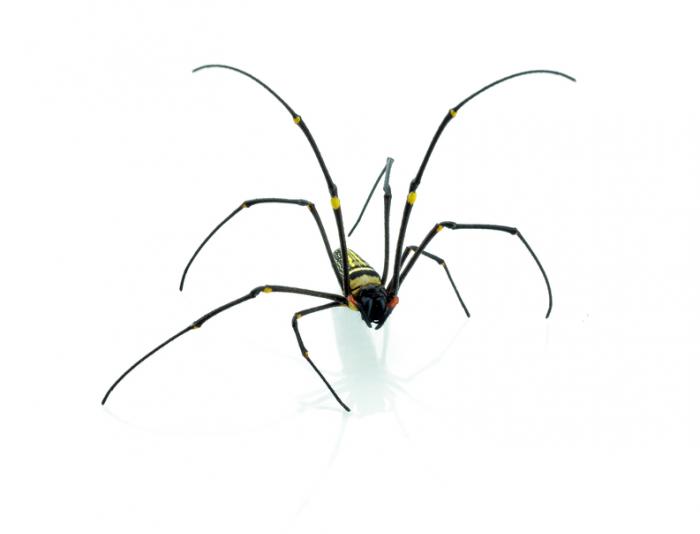 Could disrupting and resaving memories help some people to lose their fear of spiders?

But for some people, phobias of spiders, heights, and even other people can make daily living a challenge.

Now, research published in Current Biology suggests that tweaking exposure therapy – a common strategy for individuals facing phobias – could make it more effective at helping people to get over their fears.

An overwhelming fear of something, be it flying, needles, or snakes, affects 12.5 million Americans, according to the National Institute for Mental Health (NIMH). In nearly 22 percent of these people, the phobia is classed as severe.

A phobia is a kind of anxiety. Studies indicate that up to 30 percent of all people experience some form of anxiety disorder at some time. Severe anxiety can be debilitating to the point where people can no longer carry out their daily tasks.

Exposure therapy is a common treatment for phobias. The process gradually brings the patient to face the thing or the situation that they are afraid of. The aim is to create a new, “safe” memory, to replace the old fearful one.

The problem is that the new memory is not always permanent, and in time, for many people, the bad memory resurfaces.

Now, researchers from Uppsala University and Karolinska Institutet in Sweden believe they have found a way to make the new, good memory more permanent.

How can good memories be made more permanent?

The scientists wanted to see whether exposure therapy might be more effective if the recreation of fear memories in people with arachnophobia was disrupted.

Normally, reminding a person of an object or a context renders the memory unstable as it is resaved. This resaving is called reconsolidation. If the creation of the memory is disrupted at this stage, the memory that is saved can be changed.

There is a theory that if a fear memory can be made weaker or deleted, it could pave the way for better treatment for anxiety disorders, but so far, older and stronger memories have been difficult to disrupt.

The Swedish team has developed an approach that appears to decrease fear in people with life-long phobias.

In their experiment, people with arachnophobia were exposed to spider pictures, while the researchers measured the level of brain activity in the amygdala. The amygdala is a brain area that is strongly associated with fear.

The researchers activated the fear memory through a mini exposure to spider pictures, followed 10 minutes later with a more extensive exposure. The following day, participants again looked at the pictures.

Results showed that activity in the amygdala was significantly lower on the second day, compared with a control group, suggesting a reduction in fear levels. As the fear decreased, so did the participants’ avoidance of spiders.

The researchers conclude that, even if a memory is decades old, making it unstable before providing exposure can weaken it. If the memory is resaved in its weakened form, the fear does not return as easily.

The authors believe that applying this technique to therapy for people with phobias could lead to more effective therapy.

Co-author Johannes Björkstrand, of the Department of Psychology at Uppsala University, comments: “It is striking that such a simple manipulation so clearly affects brain activity and behavior. A simple modification of existing treatments could possibly improve effects. This would mean more people getting rid of their anxieties after treatment and fewer relapses.”

“We believe the findings of this study also could have implications for the treatment of other anxiety disorders, certainly post-traumatic stress disorder, but also other disorders where exposure is part of treatment strategies, for example, panic disorder and social anxiety disorder.”

Why people are afraid of spiders in the first place remains something of a mystery.

Evidence suggests that from a young age, girls are statistically more likely to be spider-phobic than boys, possibly due to early conditioning. Other researchers argue that the fear of spiders is in the genes, and not due to conditioning at all.

Find out how our perception of the size of a spider is colored by how much we fear them.