If you are learning a new language or studying for exams, listen up. A new study finds repeating words aloud can boost verbal memory, particularly if they are repeated to another person. 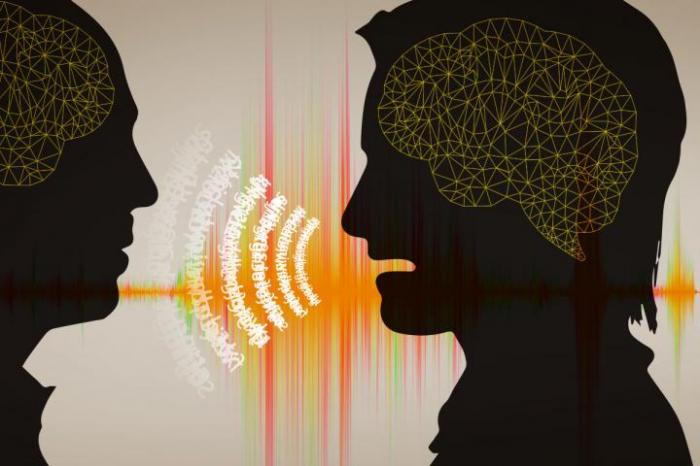 Victor Boucher and Alexis Lafleur, of the University of Montreal in Canada, publish their findings in the journal Consciousness and Cognition.

“We knew that repeating aloud was good for memory, but this is the first study to show that if it is done in a context of communication, the effect is greater in terms of information recall,” notes Boucher.

To reach their findings, the researchers asked 44 French-speaking university students to take part in a series of tasks.

First, the participants were required to read a number of lexemes – words written as they are found in the dictionary – from a computer screen.

In each condition, the subjects wore headphones that emitted “white noise.” This was to mask their own voices and avoid auditory feedback.

“The simple fact of articulating without making a sound creates a sensorimotor link that increases our ability to remember, but if it is related to the functionality of speech, we remember even more,” explains Boucher.

The researchers conducted another experiment in which the participants were asked to repeat “non-words,” or sequences of syllables that do not form lexemes, in each of the four conditions.

The researchers found that when participants repeated the non-words aloud to another person, they did not show any greater verbal memory recall than when they repeated them in any of the other conditions.

This result, according to Boucher, is down to the fact that the brain is unable to associate non-words with verbal memory, noting previous studies they conducted that show the articulation of a sound leaves a sensory and motor footprint in the brain.

“The production of one or more sensory aspects allows for more efficient recall of the verbal element. But the added effect of talking to someone shows that in addition to the sensorimotor aspects related to verbal expression, the brain refers to the multisensory information associated with the communication episode. The result is that the information is better retained in memory.

The results of our research confirm the importance of motor sensory experiences in memory retention and help to better define sensory episodes associated with verbal expression.”

Earlier this year, Medical News Today reported on a study by researchers from the University of California-Los Angeles, who found our memories of familiar objects may not be very accurate.

On asking 52 students who used Apple computers to draw the familiar Apple logo from memory, they found that only one recalled it correctly.