As neuroimaging technology is improving, neuroscientists can investigate more and more aspects of our emotional and intellectual lives. A team of researchers now examines what happens in the human brain during a deeply religious experience. 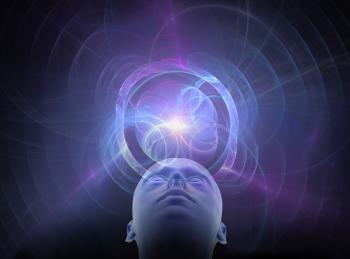 For many of us, religion brings comfort and is a crucial part of our mental and emotional well-being.

In fact, a recent survey reports that 63 percent of Americans believe in God with absolute certainty.

Neuroscientists have been studying the effect religion has on our brains using neuroimaging techniques such as functional magnetic resonance imaging (fMRI).

A new study – published in the journal Social Neuroscience – investigates how brain networks are activated when a group of believers has deeply spiritual experiences.

Researchers from the University of Utah School of Medicine, led by Dr. Jeff Anderson, Ph.D., created an environment conducive to religious experience and examined the brains of 19 young adult Mormons using neuroimaging techniques.

“We’re just beginning to understand how the brain participates in experiences that believers interpret as spiritual, divine or transcendent,” says lead author Dr. Jeff Anderson. “In the last few years, brain imaging technologies have matured in ways that are letting us approach questions that have been around for millennia.”

Assessing the brain activity of Mormons

To simulate these practices in a controlled environment, researchers designed a 1-hour session, which is the typical length of a Mormon religious service.

Participants were exposed to religiously evocative audiovisual material while their brains were scanned using multiband fMRI.

The test treated each participant as their own control, so the intensity of religious experiences was compared with their own individual baseline.

The session started with a 6-minute resting state, where participants were asked to close their eyes and let thoughts go through their mind without focusing on anything in particular.

Then, for 6 minutes, devotees looked at a video detailing membership statistics of their Mormon church and the details of an internal financial audit. This was meant as an audiovisual control.

For the following 8 minutes, participants were exposed to 24 quotations by Mormon and non-Mormon world religious leaders. 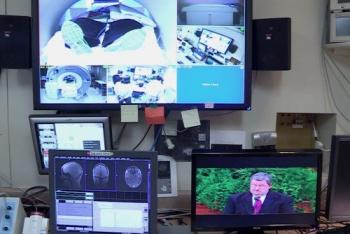 The top screen shows a participant inside an fMRI machine. The lower left screen shows brain scans, and at the lower right is a video of a religious leader that the participant is watching.
Image credit: University of Utah Health Sciences

Each quotation was displayed for 10 seconds and followed by the question: “Are you feeling the Spirit?”

This was followed by another question: “How spiritually meaningful is this quotation to you?”

The visual stimuli, including the questions and answer options, were synchronized with the brain scanning process, which used blood-oxygen-level-dependent (BOLD) contrast.

The questions enabled scientists to later separate the cognitive effects of decision-making and button-pressing from the neuroimaging results.

Participants were then asked to close their eyes and pray for 6 minutes.

Next, subjects were told to read familiar passages from the Book of Mormon for 8 minutes. Each scriptural passage was shown for 20 seconds and then followed by the questions: “Are you feeling the Spirit?” and “How spiritually meaningful is this passage to you?,” with appropriate answer scales.

Subsequently, participants were exposed for another 12 minutes to audiovisual content, namely a video of family, biblical scenes, and other religiously evocative content produced by the church. Participants could press only one button when feeling the peak of a religious experience, or press it multiple times if the feelings were more intense.

Finally, the session ended with 8 minutes of the last 24 quotations, designed and administered the same way as the first time.

Ensuring the accuracy of the results

Before the imaging session, participants were asked to self-report on their religious behavior using a questionnaire.

After the neuroimaging session, each of the subjects also took part in a debriefing session where they were asked to describe and rate the quality of the religious experiences had during the brain-scanning session.

Throughout the functional imaging sessions, researchers also recorded physiological responses in the participants, such as heart rate and respiratory rate. These data were synchronized to the beginning of the BOLD imaging.

Religious devotees reported progressive and sustained subjective experience during the scan. They identified feelings of peace and physical sensations of warmth.

“When our study participants were instructed to think about a savior, about being with their families for eternity, about their heavenly rewards, their brains and bodies physically responded,” says co-lead author Michael Ferguson, Ph.D.

These areas are the bilateral nucleus accumbens, as well as the frontal attentional and ventromedial prefrontal cortical loci.

Participants’ hearts beat faster and their breathing deepened as they were experiencing peaks of religious experience.

The striatum was also activated during prayer, an area that had been associated with the practice in previous studies.

“Religious experience is perhaps the most influential part of how people make decisions that affect all of us, for good and for ill. Understanding what happens in the brain to contribute to those decisions is really important,” says Anderson.

Anderson also notes that these findings are typical of Western religious practices, but they may not represent the spiritual experience of Eastern religions.

Indeed, studies that examined the effect of meditation and contemplative practices on brain networks suggest attentional brain regions are involved in meditative practices typical of some Eastern religions.

The study is the first initiative of the Religious Brain Project, which was launched by a group of University of Utah researchers in 2014. The aim of the project is to understand how the brain works in deeply religious people.

Read about how religion affects the well-being of cancer patients.