Today, cancer has become a common and frequently-occurring disease, the data show that global new cancer cases by 2015 will reach 15 million and more; and our annual new cancer cases 2.2 million, 1.6 million deaths. The possibility of advanced cancer cure is very small, and early cancer cure rate of up to 65%, some tumors up to 90%, therefore, the key to the conquest of cancer is early detection of cancer.

The increased cancer detection and reduced call backs associated with 3D mammography, also known as Digital Breast Tomosynthesis (DBT), can be maintained years after a patient’s first DBT screening with regularly scheduled DBT imaging, according to a JAMA Oncology study published online today from researchers at the Perelman School of Medicine at the University of Pennsylvania. 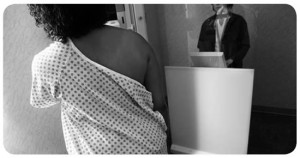 The findings provide the first longitudinal evidence that the benefits of initial DBT screening – fewer patients called back for sometimes unnecessary imaging, more cancer cases found in recalled patients, and fewer breast cancers diagnosed between regularly scheduled screening appointments in women who received a healthy negative reading – can be sustained and improved over time with consecutive DBT screening.

In 2011, the U.S. Food and Drug Administration approved use of DBT – which provides radiologists a 3D reconstruction and clearer view of overlapping layers of breast tissue – in combination with standard digital mammography for breast cancer screening. Findings from the Penn team published in 2014 reported that screening women with DBT in addition to DM not only improves detection of invasive cancers, but also reduces the number of patients called to return for potentially unnecessary imaging.

In the new study, the Penn team, including the study’s senior author, Emily F. Conant, MD, chief of Breast Imaging in the department of Radiology at the Perelman School of Medicine, analyzed 44,468 screening mammography examinations of 23,958 women (who had no history or clinical history of breast cancer) performed at Penn’s Perelman Center for Advanced Medicine.

All screenings took place during the year prior (September 2010 to August 2011), in which women received digital mammography (DM) only, and the three consecutive years after the practice converted from DM to all DBT in which all women received a DBT of two-view DM and two-view DBT of each breast (October 2011 through September 2014).

“These findings reaffirm that 3D mammography is a better mammogram for breast cancer screening,” Conant said. “These results are an important step toward informing policies so that all women can receive 3D mammography for screening.”

The team compared differences in screening outcomes between each DBT year and the DM baseline year as well as between groups of women with a history of only one, two, or three DBT screenings.

Recall rates increased slightly in years one, two and three, at 88, 90, and 92 per 1000 screened, respectively, but remained significantly reduced from the rate of 104 per 1000 in the DM only group. Cancer cases detected in recalled patients rose from 4.4 percent in DM alone, to 6.2 percent, 6.5 percent, and 6.7 percent in years one, two and three of DBT screening, respectively. Additionally, outcomes for the most recent screening for individual women undergoing one, two, or three DBT screenings showed decreasing recall rates of 130, 78, and 59 per 1000 patients screened, respectively. So-called “interval cancer” rates decreased slightly from 0.7 per 100 women screened with DM to 0.5 per 1000 screened with DBT.

One of the leading global conferences for radiology, RSNA 2015 will showcase the industry’s most promising research and cutting-edge innovations