The drug to take a variety of ways, some has the dependence potential of the material, the use of medical purpose and has nothing to do, the result is dependent on the state of the substance abusers, forcing them to the endless pursuit of use, once the addiction, unable to extricate themselves. This will cause damage to the health and bring serious social, economic and political issues. 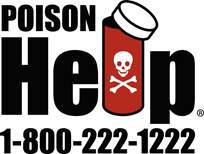 Poisonings from recreational drug and alcohol use account for 9 percent of all poisoning-related hospital admissions, says a new University of Sydney study revealing that males and people under 30 are at greatest risk.

Published today in Drug and Alcohol Dependence, the finding underscores the harm and prevalence associated with recreational drug use among young people following a recent string of drug and alcohol-related deaths and poisonings at Australian music festivals.

“Recreational poisonings are events arising from the use of alcohol, illicit or prescribed drugs for recreational purposes, or to induce psychoactive effects,” says the study’s lead author, Dr Kate Chitty, a Research Fellow at Sydney Medical School. “They represent a significant and potentially lethal form of harm associated with drug use.”

The report is based on 13,805 patient records collected between January 1996 and December 2013 using data from the Hunter Area Toxicology Service (HATS), Australia’s oldest toxicology service.
The report finds that stimulants were the drug class most commonly linked to recreational poisonings, followed by alcohol, opioids, sedatives, hallucinogens, cannabis, non-narcotic analgesics, ecstasy and cocaine (see table below).

“The finding that peak recreational poisoning admissions occurred on Fridays and Saturdays reflects a ‘binge’ culture, associated with weekday restraint and weekend excess of alcohol and recreational drugs,” says Kate Chitty who noted that the findings from the Hunter region reflected general patterns of drug and alcohol use across Australia.

“That we see these patterns most commonly in young people highlights that these potentially life-threatening hospital admissions are not the result of years of drug abuse but are largely associated with binge behaviour considered ‘normal’ by many of Australia’s youth.”

You must be far away from drug and learn some tips to prevent poisoning.