In 2014, recreational cannabis use was legalized in Colorado, and seven other states have since followed suit. With an ever-expanding part of the population using marijuana to cure a number of ailments, researchers at Colorado State University have investigated its effects on mood. 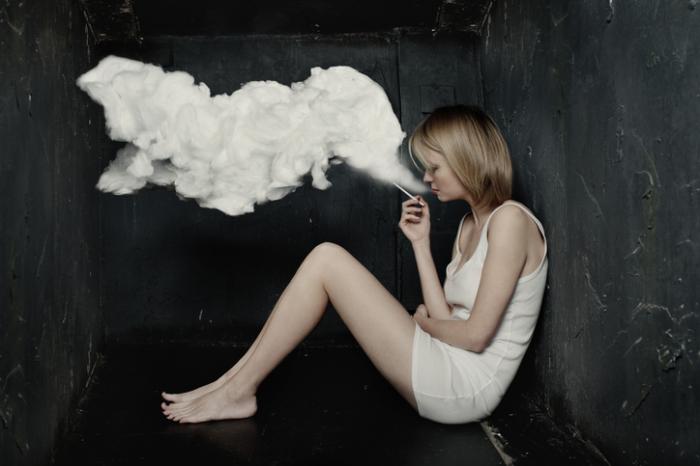 The latest study finds that casual cannabis users have a stronger relationship with negative moods, compared with heavy and nonusers.

The researchers – led by Lucy Troup, assistant professor in the university’s Department of Psychology – publish their findings in the journal PeerJ.

They note that the “relationship between cannabis use and symptomatology of mood and anxiety disorders is complex,” adding that although “a great deal of research exists and continues to grow, the evidence remains contradictory.”

Troup and colleagues point to a large international survey published in 2013, in which 5.2 percent of respondents reported that they used cannabis to alleviate depressive symptoms.

Meanwhile, a survey of medical marijuana users in California revealed that 26.1 percent of participants reported therapeutic benefits for depression, and 37.8 percent reported benefits for anxiety.

“This trend of self-medication for conditions other than the one prescribed is too large to ignore when investigating the associations between cannabis use and mood disorders,” write the Colorado State University researchers.

Is cannabis used correctly for self-medication?

For their study, Troup and colleagues wanted to focus on Colorado, which was the first state to legalize recreational marijuana.

As such, they conducted an in-depth, questionnaire-based study of 178 legal cannabis users who were aged 18-22.

They divided their participants into three groups based on self-reported use: a control group who never used cannabis, a casual user group, and a group of chronic users.

The researchers also say that the self-reported anxiety sufferers were found to be more anxious than depressed.

Study co-author Jacob Braunwalder, a researcher in Troup’s laboratory, says that “if they were using cannabis for self-medication, it wasn’t doing what they thought it was doing.”

The questionnaire used in the study was developed by co-author Jeremy Andrzejewski. Called the Recreational Cannabis Use Evaluation, the questionnaire delved into users’ habits, including whether they smoked cannabis or used stronger products such as hash oils or edibles.

The researchers say that inconsistencies in previous studies are better understood when considering how cannabis use is reported. “Phytocannabinoid type and strength is not consistent between studies,” they say, “and there have been significant changes in the strength of these products post-legalization.”

Troup and colleagues say that it is important to point out that they looked at the residual effects of cannabis use, not administration of specific doses.

However, they do note that their results “suggested that cannabis use had an effect on measurements of mood disorder symptomatology. In particular, those who used cannabis less frequently, the casual user group, had the strongest correlations with overall score and negative effect on the CES-D [Center for Epidemiological Studies depression scale].”

Interestingly, the researchers did not observe a relationship with pre-anxiety symptoms in the cannabis user groups, compared with controls.

The researchers emphasize that their study does not conclude that cannabis causes depression or anxiety. It also does not show that cannabis cures these conditions. However, they add that their analysis displays a need for further study regarding how cannabis affects the brain.

Andrzejewski adds that “there is a common perception that cannabis relieves anxiety,” but this has not been fully backed by research.

“It is important not to demonize cannabis, but also not to glorify it,” adds Troup. “What we want to do is study it, and understand what it does. That’s what drives us.”

Concluding their study, the researchers write:

“Our data indicate that infrequent users have a stronger relationship with negative mood. Our data suggested that those that use cannabis casually scored higher on the CES-D scale for depression, and consequently could be at greater risk for developing pre-depression symptomology compared to both chronic users and controls.”

It is important to note that the study has limitations, including:

Still, the researchers say that their study “provides a starting point from which to design controlled experiments to further investigate the relationship between mood and cannabis use in a unique population.”

Marijuana Can Help To Crack Down On Drug Abuse, Mental Health Illnesses