Scientists have uncovered a fascinating hormonal mechanism behind that heart-melting feeling familiar to dog lovers when they gaze into their dog’s famous “puppy dog eyes” stare. 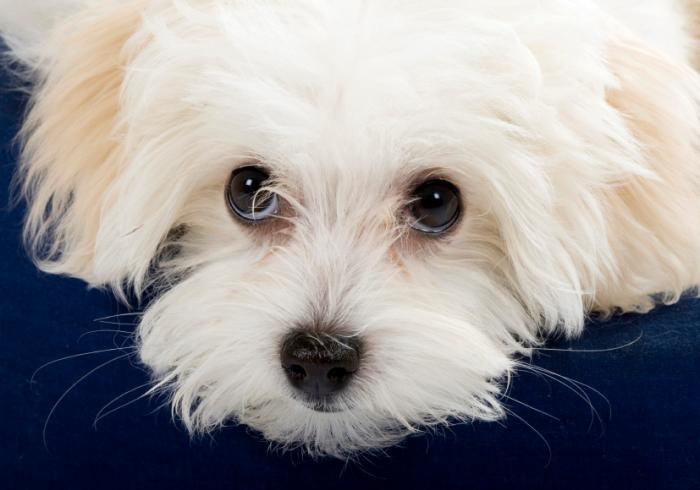 The study found the oxytocin loop between dogs and owners to be comparable to that of a mother and their baby.

The “man’s best friend” tag attached to dogs has been confirmed in studies that show dogs have a more intimate understanding of certain areas of human nature compared with other animals.

For instance, while chimpanzees might be our closest genetic relative, it is only dogs who understand the concept of pointing – they will follow the direction of the point with their gaze rather than simply stare at the outstretched finger.

And while dogs’ closest relatives, wolves, interpret eye contact as a sign of hostility, dogs and humans are similarly reliant on eye contact for interaction, which also communicates understanding and affection.

Many studies have shown that the oxytocin hormone promotes maternal bonding, trust and altruism among humans. When a mother stares into her baby’s eyes, for instance, mom and baby enter into a kind of “feedback loop” of oxytocin elevation, where oxytocin levels in both parent and infant increase as they hold their gaze.

This loop is thought to be responsible for sealing the bond between mom and infant at a time when the baby is not capable of other forms of expression.

The animal behaviorists behind the new study, from Azabu University in Sagamihara, Japan, wondered if a similar mechanism might drive the affectionate relationship between dogs and owners.

To investigate, the researchers observed 30 dog owners – and some owners of pet wolves – interacting with their pet for a 30-minute period, and collected urine samples from the animals before and after this interaction period.

During the interaction study – which typically involved the owners petting and talking to their animals – dogs and owners would frequently make eye contact, sometimes for up to several minutes. By contrast, the wolves rarely made eye contact with their owners.


Analyzing the urine samples, the team found that – among dogs and owners who spent a lot of time gazing at each other – the dogs experienced a 130% rise in oxytocin levels during interaction with their owners, with oxytocin rising a huge 300% among owners during this task.

The team then repeated the experiment, except this time the dogs were given an oxytocin nasal spray before interacting with their owners. The researchers report an interesting gendered divergence in response during this experiment, which resulted in female dogs spending 150% more time gazing into their owners’ eyes, prompting a 300% increase in oxytocin levels among their owners.

No effect from the nasal spray was measured among male dogs, however, or among dogs that were administered a placebo spray. The wolves did not receive the nasal spray. As study author Takefumi Kikusui asserts, “It would be very, very dangerous to give a nasal spray to a wolf!”

Kikusui and colleagues consider the oxytocin reaction between dogs and owners to be comparable with that of a mother and their baby. Furthermore, the role oxytocin plays in female reproduction may account for the positive reaction among female dogs to the nasal spray.


The researchers hypothesize that the oxytocin loop would have driven dog domestication, with only the canines capable of bonding with humans receiving their care and protection, with humans simultaneously evolving the ability to form a maternal bonding feedback loop with another species.

Also this week, Medical News Today reported on a study investigating how oxytocin promotes maternal social behavior among mice. The study authors found that injecting female mice with additional oxytocin resulted in the females attending to unrelated mouse pups as if they were their own offspring.