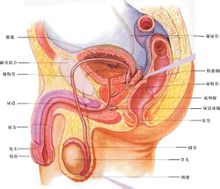 The U.S. Preventive Services Task Force (USPSTF) recommendation against regular prostate specific antigen (PSA) screening for prostate cancer (PCa) has been in place for two and a half years. Although the number of prostate needle biopsies (PNB) has been reduced, patients who undergo PNB are significantly more likely to be diagnosed with high risk disease, and detection of intermediate risk, potentially curable PCa has likely decreased. While “over diagnosis” and “overtreatment” may have been impacted, there is concern that diagnosis of treatable cancers will be delayed, according to investigators reporting in The Journal of Urology®.

PCa remains the second leading cause of cancer death among men in the U.S., with nearly 30,000 deaths annually. Deaths from PCa have declined by about 40% since the advent of PSA screening in the late 1980s, and 40-70% of that decline may be attributable to screening. However, radiation therapy and surgery have negative impacts on quality of life. The uncertain benefit of PSA-based screening, combined with the complications associated with treatment, led the USPSTF to conclude in October 2011 that the harms of PSA-based screening outweighed the benefits, leading to their recommendation against regular screening.

“Results from our study support the argument that declining PSA screening may result in delayed diagnosis, potentially leading to avoidable cancer deaths,” according to John M. Corman, MD, Virginia Mason, Seattle, WA. “When compared to patients who underwent PNB in the 30 months prior to the USPSTF recommendation, those who underwent PNB in the 30 months after had a 33% higher relative risk of being diagnosed with high risk PCa. The reduction in the number of potentially unnecessary biopsies appears to have occurred at the cost of detecting fewer intermediate risk PCa tumors. Thus, the key concern is not only the increased risk of being diagnosed with high risk disease, but, more importantly, the missed opportunity to offer curative intervention for patients with intermediate risk PCa.”

“The importance of our study is not only the evolution in patient and tumor characteristics seen at PNB, but the rapidity by which statistically significant changes occurred following the release of the USPSTF recommendations,” explained Dr. Corman. “The goal of PCa screening is to maximize the benefit of screening tools such as PSA while minimizing the harm associated with over diagnosis and overtreatment. Rather than relegating PSA into oblivion, the balanced answer may be best found in the more intelligent use of available tools, implementation of shared decision making as recommended by the American Cancer Society, and development of more effective screening techniques.”