There is no doubt America is a nation of animal lovers. In 2012, more than 62% of American households included at least one pet. But while most of us are aware of the numerous benefits of pet ownership, are you aware of its risks to human health? 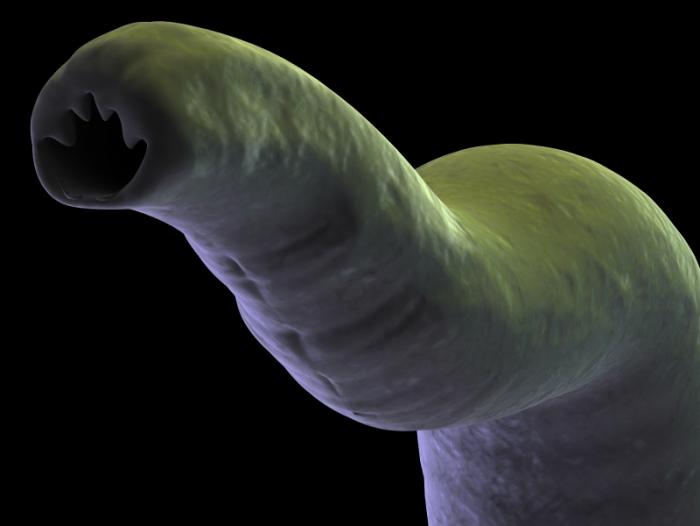 Though pets can offer a wide range of health benefits to humans, they can also pose a number of health risks.

Those of you who have a cat, dog, bird or any other animal in your household will likely consider that pet to be member of your family, and rightly so.

Pets offer comfort and companionship, and we can’t help but love them. In fact, when it comes to dogs, a recent study found the famous “puppy dog eyes” glare triggers a whopping 300% increase in owners’ oxytocin levels – the “love hormone” involved in maternal bonding.

What is more, pets offer a number of benefits to human health. In December 2014, Medical News Today reported on a study that associated household pets with stronger social skills in children with autism. And in May 2013, a study published in the journal Circulation linked pet ownership to reduced risk of heart disease.

But while pets can benefit our health in a number of ways, they also have the potential to spread infection and cause human illness. In this Spotlight, we take a look at the some of the health risks associated with ownership of many of the nation’s most-loved animals.

Most of us have heard of Campylobacter. The bacterium is one of the most common causes of diarrhea in the US, estimated to affect more than 1.3 million people annually.

As well as diarrhea, infection with Campylobacter – called campylobacteriosis – can cause cramping, abdominal pain and fever within 2-5 days of exposure to the bacteria.

While most cases are caused by exposure to contaminated food – particularly meat and eggs – and water, it can also be contracted through exposure to stool of an infected animal – including dogs and cats.

According to PetMD, around 49% of dogs and 45% of stray cats carry Campylobacter and shed it in their feces. It is most common in puppies and kittens younger than 6 months.

It should be noted that infection with Campylobacter is rarely life-threatening, though individuals with weak immune systems, young children and the elderly are most at risk.

Dipylidium caninum is the most common tapeworm in both dogs and cats in the US. It is caused by ingestion of fleas that carry the tapeworm larvae. This can happen when the animal grooms itself.

D. caninum can be passed to humans, though the risk of infection is very low. It most commonly occurs in young children who accidentally swallow an infected flea.

According to the Centers for Disease Control and Prevention (CDC), flea control is the best way to reduce the risk of D. caninum infection in both pets and humans.

Hookworm infection in humans most commonly causes a skin condition called cutaneous larva migrans, in which the hookworm larvae penetrate the skin.

Ancylostoma brazilense, A. caninum, A. ceylanicum and Uncinaria stenocephala are just some of the species of hookworm that can infect cats and dogs.

The hookworm parasite can be shed in the feces of animals, and humans can contract it by coming into contact with infected feces or contaminated soil and sand where such feces have been.

Hookworm infection in humans most commonly causes a skin condition called cutaneous larva migrans (CLM), in which the hookworm larvae penetrate the skin. This causes a red, itchy and sometimes painful rash.

In rare cases, specific strains of hookworm can infect the intestines of humans, causing abdominal pain and diarrhea.

Toxocariasis is an infection caused by the transmission of Toxocara – parasitic roundworms – from dogs and cats to humans. According to the CDC, almost 14% of Americans have Toxocara antibodies, indicating that millions of us have been exposed to the parasite.

In dogs and cats infected with Toxocara, eggs of the parasite are shed in their feces. Humans can contract the parasite by accidentally swallowing dirt that has been contaminated with these feces.

Though it appears human exposure to Toxocara is high, most people infected with it do not develop symptoms or become sick. In the rare cases people do become ill from toxocariasis, the condition may cause inflammation and vision loss in one eye (ocular toxocariasis), or abdominal pain, fever, fatigue and coughing due to damage to various organs (visceral toxocariasis).

Though not as cute and fluffy as kittens and puppies, reptiles – such as turtles, snakes and lizards – are owned by around 3% of households in the US.

There is no doubt reptiles are interesting creatures and can make brilliant pets, but they are also a carrier of Salmonella – a bacteria responsible for salmonellosis. Humans can contract the bacteria simply through touching a reptile and ingesting the germs.

According to the CDC, more than 1 million people in the US become ill from Salmonella infection each year. Of these illnesses, more than 70,000 are caused by contact with reptiles.

Within 12-72 hours of being infected with Salmonella, people may experience diarrhea, fever and abdominal cramps that last around 4-7 days. While most people fully recover without treatment, others may need to be hospitalized.

Turtles are a main culprit of Salmonella infection in the US. The sale of turtles less than 4 inches was even banned by the US Food and Drug Administration (FDA) in 1975 because of their high disease risk – particularly among young children, the elderly and people with weak immune systems.

Rabies is one of the most severe diseases that humans can contract from dogs and cats, as well as smaller animals such as ferrets. A recent study reported by MNT found the disease kills around 59,000 people worldwide every year.

Rabies is a disease that infects the central nervous system (CNS). Caused by a bite from an animal infected with rabies virus, the disease causes fever, headache and weakness, before progressing to more severe symptoms – including hallucinations, full or partial paralysis, insomnia, anxiety and difficulty swallowing. Death normally occurs within days of more serious symptoms appearing.

According to the CDC, domestic animals accounted for 8% of all rabid animals reported in 2010.

In the US, the most common way domestic animals can contract rabies is through a bite from infected wild animals, particularly foxes, raccoons, skunks and bats. Symptoms normally occur 1-3 days after infection and include excess salivation, paralysis and unusual shyness or aggression.

Despite its name, parrot fever does not only occur in parrots – all birds can be affected. However, human transmission of the disease most commonly involves parrots, parakeets, macaws, cockatiels and poultry – particularly turkeys and ducks.

Also known as psittacosis, parrot fever is a bacterial disease caused by a bacterium called Chlamydia psittaci that humans can contract through inhalation of birds’ secretions, including urine and feces.

If a person becomes infected with C. psittaci, symptoms usually appear around 10 days after exposure. These may include fever, nausea and vomiting, diarrhea, fatigue, chest pain and shortness of breath.

In more severe cases, infection with C. psittaci can cause inflammation of the brain, liver and other internal organs. It can also reduce lung function and cause pneumonia.

It is important to note, however, that parrot fever in humans is very rare in the US. According to the CDC, fewer than 50 people a year are infected, and this has been the case since 1996.

Toxoplasmosis is a disease caused by a single-celled parasite – Toxoplasma gondii. It is most commonly contracted in humans through ingestion of undercooked or contaminated meat. 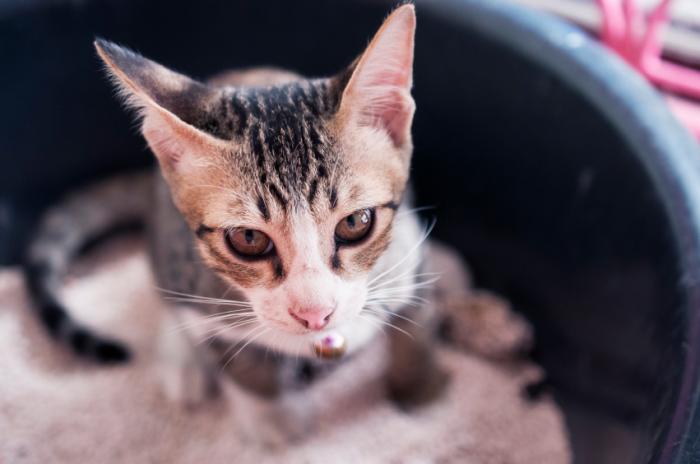 However, humans can also contract T. gondii by coming into contact with cat feces or any area or object contaminated with cat feces, as felines are carriers of it. T. gondii cannot be absorbed through skin, but infection can occur if the parasite is accidentally ingested.

It is estimated that more than 60 million people in the US are infected with T. gondii. However, very few people become ill from the infection as the human immune system is normally able to fight it.

If the infection does present symptoms, these may include swollen glands and muscle aches and pains. In very severe cases, T. gondii infection may cause damage to the brain and other organs, or eye damage.

Although our cute little kitties very rarely mean to scratch us, it does happen. And while many of us think nothing of a small graze from a cat’s claw, it has the potential to cause more damage than you may think.

Cat-scratch disease (CSD) is caused by a bacterium called Bartonella henselae, which around 40% of cats carry at some point in their lifetime, though most show no signs of illness.

B. henselae is most common in kittens under the age of 1 year, and since kittens are more likely to scratch during playtime, they are most likely to spread the bacterium to humans.

An early sign of CSD can be an infection at the site of the scratch around 3-14 days after it occurred, characterized by swelling, pain and tenderness. Headache, fever, loss of appetite and fatigue may also present, and in very rare cases, CSD can affect the brain, heart and other organs.

Children under the age of 5 years and individuals with weakened immune systems are most likely to experience severe symptoms from CSD.

What can be done to prevent pet-related infections?

It is clear pets can harbor an abundance of germs that can be passed to humans, but there are a number of ways pet-related infections can be prevented:

It is important to note that the likelihood of a person catching a disease from their pet is low, particularly if the correct precautions are taken. With this in mind, there is no reason why the millions of pet owners in the US can’t enjoy the companionship and joy their animals provide.