A drug initially designed to treat diabetes may be a breakthrough treatment for Parkinson’s disease. After decades of disappointment, could MSDC-0160 be the drug researchers have been searching for? 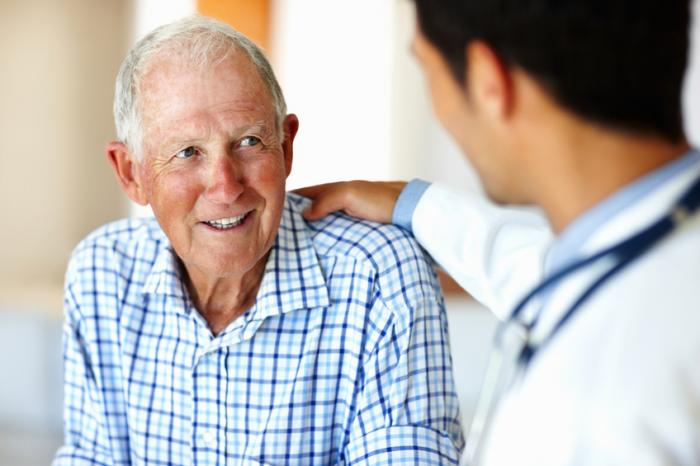 Parkinson’s disease is a progressive condition that strikes the central nervous system.

Causing a range of motor symptoms, it develops gradually, starting with a subtle tremor.

An estimated 60,000 Americans are diagnosed with Parkinson’s every year, and over 10 million people worldwide are living with the disease.

Due to society’s steadily increasing in lifespan, this figure is likely to increase over the coming years.

Despite billions of dollars of research, there is still no cure for Parkinson’s. A drug designed in the 70s – levodopa – is still in use, but its benefits are limited, and the side effects are troubling.

Currently, the only available drugs tackle the symptoms of Parkinson’s; none make a dent on the processes that underpin the disease’s progression.

Against this somber backdrop, any news of a potential breakthrough drug is likely to turn heads.

Research, published today in the journal Science Translational Medicine, provides such a glimmer of light. A drug, initially designed to treat diabetes, appears to tackle the underlying causes of Parkinson’s. If this turns out to be the case, it will be the first of its kind and has the potential to change millions of lives.

Investigators from the Van Andel Research Institute’s Center for Neurodegenerative Science in Great Rapids, MI, believe their recent findings show that MSDC-0160 could be the breakthrough medical science has been waiting for.

“We hope this will be a watershed moment for millions of people living with Parkinson’s disease. All of our research in Parkinson’s models suggests this drug could potentially slow the disease’s progression in people as well.”

MSDC-0160 was designed by Kalamazoo, a Metabolic Solutions Development Company. As an insulin sensitizer, it was created to treat type 2 diabetes. The company focuses on looking for drugs that might be repurposed to treat conditions other than the ones they were designed for.

This drug has already been proven safe in humans, and its manufacturing process is already established; because of this, the path through clinical trials and into widespread use is shorter and simpler to navigate. Recent trials in a mouse model of Parkinson’s have provided positive results, and trials in humans are now set to begin next year.

“Our scientific team has evaluated more than 120 potential treatments for Parkinson’s disease, and MSDC-0160 offers the genuine prospect of being a breakthrough that could make a significant and permanent impact on people’s lives in the near future. We are working tirelessly to move this drug into human trials as quickly as possible in our pursuit of a cure.”

Although diabetes and Parkinson’s seem like unrelated diseases with an entirely different set of symptoms, researchers are finding that some of the underlying molecular mechanisms share similarities.

Parkinson’s is believed to be, in part, a disease of the metabolic system. Rather than attempting to repair or counteract damage that has already been done, this new drug intervenes in the metabolic processes beneath Parkinson’s.

MSDC-0160 is an mTOT (mitochondrial target of thiazolidinediones) modulator; it regulates the function of mitochondria – the powerhouses of the cell. It appears to restore brain cells’ ability to convert nutrients into usable energy.

Once the cell’s power is restored, it is able to handle the buildup of potentially harmful proteins. In turn, this reduces inflammation and brain cell death. This one-a-day tablet has the potential to be a lifesaver.

This finding, if clinical trials are successful, is a huge step forward. Not only is there a potential treatment that reaches the source of Parkinson’s, but an entirely new pathway has been discovered for future drug designers to hone in on.

Dr. Brundin is equally excited about MSDC-0160’s potential use in other diseases, including Lewy body dementia and Alzheimer’s.

Learn how the gut microbiome may contribute to Parkinson’s

The Water Potential Of Cancer-Causing Chemicals

9 Diabetes Super Food And How To Prepare For Them