New drug research shows promising results in mice bred to develop the motor symptoms of Parkinson’s disease. A team in Finland finds that blocking an enzyme called prolyl oligopeptidase clears the mice’s brains of an accumulated protein that is a hallmark of Parkinson’s disease, halts further brain damage, and corrects movement impairment. 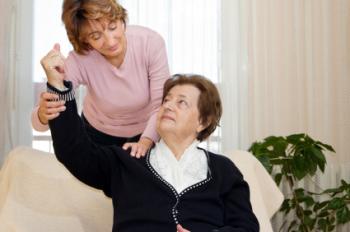 While nobody knows exactly what triggers Parkinson’s, scientists suspect faulty versions of a protein called alpha-synuclein, which forms clumps that damage brain cells.

The team – from the University of Helsinki in Finland – reports the findings in the Journal of Neuroscience. Senior author Dr. Timo Myöhänen, who researches the role of prolyl oligopeptidase (PREP) in Parkinson’s disease, summarizes the results:

“After as little as 2 weeks of treatment, the motor symptoms in the mice had practically disappeared. And they did not reappear until after the experiment was over.”

Parkinson’s disease is a movement disorder that results from loss of dopamine-producing cells in the brain. It has four main symptoms: tremor, rigidity, slowness of movement, and impaired balance and coordination.

Other symptoms may include:

As the symptoms progress, patients may increasingly struggle to walk, talk, carry on a normal life, and take care of themselves. The disease usually strikes after individuals reach the age of 60, at first occurring subtly and gradually. It progresses at different speeds in different people.

Drugs can alleviate the symptoms of Parkinson’s disease, but there is currently no known cure.

While nobody knows exactly what triggers Parkinson’s, scientists suspect that a hallmark of the disease – clumps of a faulty protein called alpha-synuclein that damage brain cells – is involved.

Alpha-synuclein is prone to defective structures that cause it to misfold and aggregate.

It is thought that an inability to clear the faulty protein may also contribute to Parkinson’s disease.

Previous studies have shown that an enzyme called PREP can speed up the clumping of faulty alpha-synuclein.

This is a key research area for Dr. Myöhänen, who leads a group investigating the role of PREP in neurodegenerative disorders.

In the new study, the team experiments with a compound called KYP-2047 that blocks PREP in a mouse model of Parkinson’s.

The results show that the PREP blocker clears the animals’ brains of alpha-synuclein aggregates and corrects the motor symptoms that are characteristic of the disease.

The mice were first treated with a virus that altered their genes so that their brains produced large amounts of alpha-synuclein. As they aged, the animals’ brains started to accumulate misfolded protein and they developed the motor symptoms of Parkinson’s.

The team began treating the mice with the PREP blocker only after the animals started to show clear motor symptoms. This would be similar to treating patients who are typically diagnosed only after movement impairment emerges.

The researchers were very surprised at how rapidly the mice improved. In their paper, they note:

“Following 4 weeks of PREP inhibition, we saw an improved spontaneous forelimb use in mice that correlated with a decreased immunoreactivity against oligomer-specific forms of aSyn [alpha-synuclein].”

They also found that the PREP blocker appears to enhance dopamine production compared with untreated animals.

The authors conclude that this is the first time, to their knowledge, that over-expression of alpha-synuclein has been countered – and movement impairments abolished after their onset – in a virus-induced mouse model of Parkinson’s disease.

“We have a long way to go from animal models to human trials, but these results are extremely encouraging in terms of future drug development.”

Learn how a diabetes drug may be a breakthrough treatment for Parkinson’s disease.