According to a study United States Centers for Disease Control and Prevention (CDC) on Thursday (February 18) released, more than a third of American adults get enough sleep.

Head of Emory University School of Medicine in Atlanta, Emory Sleep Center Klopp (Nancy Collop) Dr. familiar with the study, he said, “This is a big problem.” He said the decline in function, attention weakened. Lack of sleep can lead to serious long-term negative effects, will make your metabolism deterioration 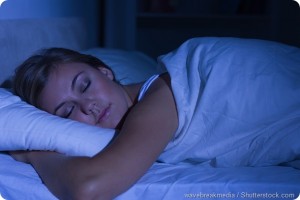 The study asked almost 450,000 US adults (aged ≥18 years), through random-digit–dialed telephone calls, how much sleep they got each night. The information collected during these telephone interviews was analyzed by researchers at Centers for Disease Control (CDC).

They found that the proportion of people who routinely had a healthy sleep duration was state-dependent, ranging from 56% in Hawaii to 72% in South Dakota. A cluster of states in southeastern USA were shown to have fewest adults regularly sleeping at least 7 hours per day. Interestingly, previous studies showed these regions to be associated with the highest prevalence of obesity and other chronic conditions.

The prevalence of healthy sleep duration also varied by ethnicity, being better among non-Hispanic whites, Hispanics and Asians and lower among Native Hawaiians/Pacific Islanders, non-Hispanic blacks and multiracial non-Hispanics.

In addition, the study reported that married people were more likely to have a healthy sleep duration than those who were divorced, widowed, or separated (67% vs 56%). Among people who had never married, 62% regularly had a healthy ≥7-hour sleep each day.

Wayne Giles, director of the Division of Population Health at CDC, commented “As a nation we are not getting enough sleep…Lifestyle changes such as going to bed at the same time each night; rising at the same time each morning; and turning off or removing televisions, computers, mobile devices from the bedroom, can help people get the healthy sleep they need.”

These new data, showing that few US adults are getting the recommended amount of sleep each night, suggest that healthcare providers should increase their focus on patients’ sleep patterns and educate patients about the importance of getting sufficient sleep to maintain good health.