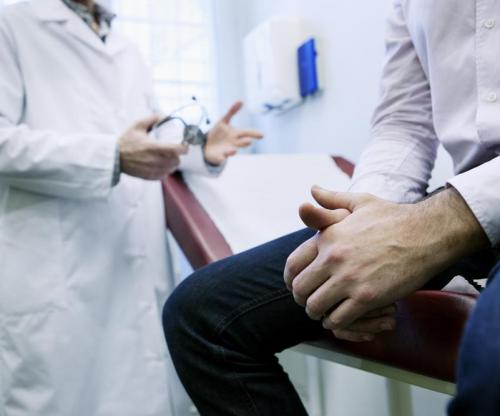 “We have shown — both in test tube and in patients — the mechanism behind the cardioprotective effects of metformin,” said the study’s senior author, Dr. Jolanta Weaver. She’s a senior lecturer in diabetes medicine at Newcastle University in England.

“This is likely to lead to the development of new drugs for heart disease in diabetes,” she added.

Sanjoy Duttais is assistant vice president of translational development at JDRF, a nonprofit organization that funds type 1 diabetes research. He expressed enthusiasm for the new findings.

“This was an extremely well-designed and conducted study. They have shown which cardiovascular biomarkers go up and down with metformin. But these are markers only. For a drug to be approved or widely accepted, researchers have to demonstrate hard outcomes,” explained Dutta.

JDRF has funded such a study by a different group of researchers that will be done next summer, Dutta said.

That study will look at whether or not people over 40 with type 1 diabetes had less plaque buildup (atherosclerosis) in their blood vessels over three years if they took metformin.

Type 1 diabetes is an autoimmune disease that causes the body’s immune system to destroy the body’s insulin-producing cells. Without sufficient insulin, the body can’t process the carbohydrates from food to provide the body’s cells with fuel.

The new study included 23 adults with type 1 diabetes who were treated with metformin for eight weeks. None had overt signs of heart disease. Their average age was 46.

The starting dose was 500 milligrams (mg) a day, which was increased to 2,000 mg a day if tolerated, Weaver said.

The people with diabetes were asked to keep their blood sugar control similar to what it was before the metformin. The researchers didn’t want an improvement in blood sugar levels to affect the findings.

Metformin is an older drug, already approved in the United States for treating type 2 diabetes. Brand names include Glumetza, Glucophage, Riomet and Fortamet. The most common side effects are gastrointestinal problems such as nausea and diarrhea.

Dutta said these side effects tend to go away with time. Or, he said, there are medications that can help lessen the side effects.

Weaver said the researchers plan to follow the health of their patients. But, she added, a larger, randomized trial is needed to better know the heart protective effects of metformin in people with type 1 diabetes.

However, because the drug is already approved, doctors can prescribe it “off-label” to patients with type 1 diabetes, Dutta said.

“I am sure doctors will prescribe it at least in a subset of patients who have a very high risk of cardiovascular disease,” he said.

Weaver said along with the potential heart protective benefits shown in this study, metformin also helped the patients in the study achieve better blood sugar control, and it helped them lessen variations in blood glucose levels.

Findings from the study were published in Cardiovascular Diabetology.