development. Now, a new animal study suggests repurposing an existing drug – vinpocetine, that has long been used to treat stroke and other neurological disorders – may provide a much needed, nonantibiotic, treatment. 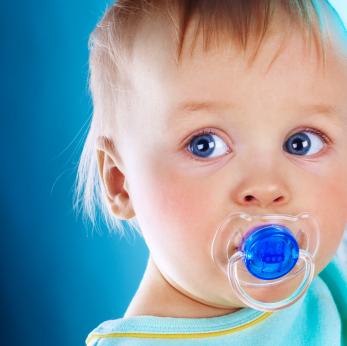 Vinpocetine is a synthetic ethyl ester of apovincamine, an alkaloid obtained from the leaves of the lesser

periwinkle (Vinca minor) and discovered in the late 1960s. Also known by the trade name Cavington,

vinpocetine is used as an anti-stoke drug in most countries and a dietary supplement worldwide.

In the new study, published in the Journal of Immunology, researchers at Georgia State University

They describe how the drug suppressed mucus overproduction, improved bacterial clearance and reduced

hearing loss in mice caused by Streptococcus pneumonia bacteria, the most common cause of middle ear

The team suggests the drug could be repurposed as a new, nonantibiotic treatment for otitis media, possibly

through topical delivery (that is applied to the affected area as opposed to injection or tablet form).

“Our proposed studies may lead to developing novel, nonantibiotic therapeutic strategies to

effects – especially as inappropriate antibiotic use has led to increased resistance. And vaccines against

However, because we don’t know much about how S. pneumonia causes infection in the middle ear, there

are no nonantibiotic treatments available.

We do know that mucin, the main component of mucus, plays an important role clearing away unwanted bacteria.

But what can happen is that the body produces too much mucus, resulting in conductive hearing loss and less

In their study, the researchers found that in cultured middle ear epithelial cells and in the middle

Repurposing an existing drug has many advantages over proposing a new, experimental drug. It saves time and

cost, and should also reduce safety risks – the authors note there have been no reports of significant adverse

effects or toxicity of vinpocetine used in therapeutic doses in adults and children.

In the US, pediatric ear infections cost the

A 2014 study by researchers at Harvard University and the University of California Los Angeles, found that

children with ear infections had an average of two additional outpatient visits, 0.2 emergency room visits and

1.6 prescriptions filled, compared with those without ear infections.

In that study, the team estimated that ear infections were associated with an increased cost of $314 per

child per year for outpatient care, and an average of $17 in medication costs. Across the US, this added up to

associated with work and school days missed, and cost of travel to and from hospitals and clinics.